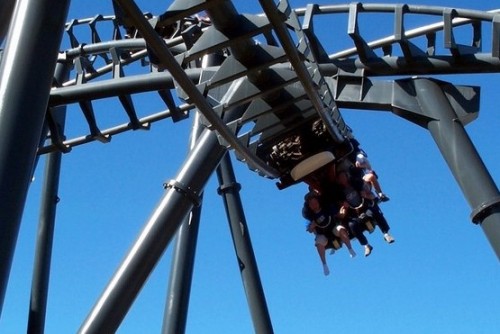 Movie World General Manager Bob White told the Gold Coast Bulletin that more than $2 million has been spent on the new attraction while will include new Kumbak designed trains and will be designed and themed as the asylum where Batman's arch enemy The Joker is imprisoned. The ride will feature on-board audio and modified restraints.

The original Vekoma SLC designed Lethal Weapon - The Ride, the first suspended looping rollercoaster in Australia, opened at Movie World in 1995. The ride's new superhero theme is consistent with Movie World's Green Lantern Coaster, Batwing Spaceshot and Superman Escape and is set to be augmented, according to White, by another superhero themed ride in September.

Lethal Weapon - The Ride closed in January with Movie World subsequently announcing via Facebook that it would be replaced by a new experience.

For more information go to the Movie World Facebook page at www.facebook.com/movieworldgoldcoast