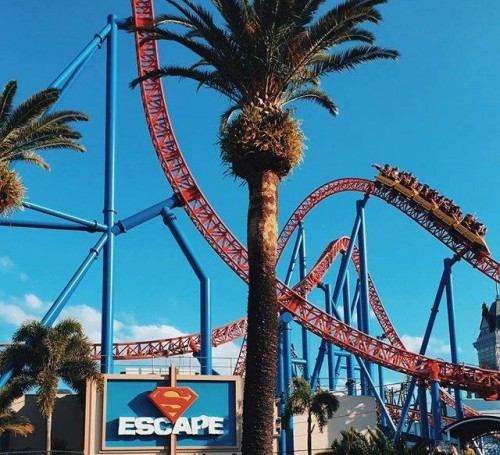 With the ride’s force and placement over open pathways, the Gold Coast theme park has strictly enforced a no-loose-items policy since the ride opened in 2005.

However, unlike other Movie World rides which allowed guest to place loose items in bins, because of Superman Escape's separate load and unload platforms and multiple train operations, management opted instead for lockers outside the ride.

However, charging guests $1 for 60 minutes from when the ride first opened generated considerable negative feedback and was a stark contrast to similar locker systems in theme parks around the world where such locker hire was free.

Village Roadshow Theme Parks initially dismissed complaints by noting that the lockers were managed by an external operator and this revenue went to the installation and management of the system. Village Roadshow subsequently acquired the locker hire operations increasing the price to $2.

Always perceived a negative part of the Movie World guest experience the lockers are now free to use for up to one hour while guests that exceed an hour will need to pay up to $8 - $2 for every additional hour - to collect their belongings.