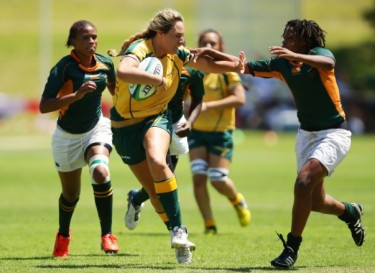 A new report has identified that while more women are playing and watching sport, they are undervalued in the endorsements and sponsorships that they generate.

Despite many more women participating in sport and identifying as sports fans, the Women and Sport report by marketing and media company Repucom, shows that brands are "continuing to underleverage female athletes and teams”.

The report, which looks at the changing landscape of women’s participation in sport and women’s interest in sport, found that the generation of women currently under the age of 50 are significantly more likely to both consume professional sport and participate in it.

The sport where these changes are most pronounced is football: only 55% of women aged 50-69 sometimes or regularlywatch football on television, whereas in 30-49 year olds this has risen to 67%.

Commenting on this reise, Repucom’s Australian Managing Director Guy Port explained “clearly something is happening to that younger group and they are being the major drivers of this. They are watching and attending highest level sports in Australia.”

The report suggests that the main reason women’s interest and participation in sport has risen significantly from one generation to the next is increased provision of sport in school for young girls.

50% of women under 30 studied in the Women and Sport report participated in sport at school, whereas for women growing up in the previous generation sports participation at school was rare.

Port adds “school level participation has been a major driver of sports interest later on if life.

“All the campaigns that are now being run at a school level, by individual schools or sporting bodies are having a significant impact on interest.

“There is a strong correlation between women who played sport when they were younger have a high level of interest now.”

Another major driving factor behind women’s increased interest in sport is the changing media landscape. 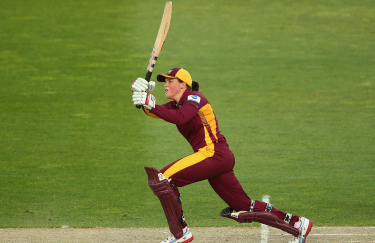 He added “there used to be a finite amount of media time available to sport and therefore a huge amount of competition for thattime, and men’s sport would always win out – but with, new media, there are a lot more opportunities for varied sports content so women’s sport gets much more airtime.

“The digital revolution has opened up the opportunity for media coverage for women’s sport that it didn’t get before.”

Unfortunately, the report points out that despite the increase in women’s participation in sport in recent decades, women are still undervalued in sports sponsoring and financing.

Here, media coverage is identified as one of the reasons given for the gap with back pages of newspapers still dominated by sports favoured among men.

While media coverage of women’s sports is growing, there is still a significant difference between coverage of women and men’s sports in traditional media such as newspapers. According to the report, this then means that brands and sponsors continue to undervalue female athletes and female fans in their marketing strategies.

Port concluded “in the Australian sponsorship market, only 7% of funds are directed at women’s sport. What we will hopefully see over time is that figure will increase and we will see stronger financial support fortraditionally female sports.”

Women in Sport concludes that this persistent undervaluing of women as consumers and participants in the sports market may change with increased media coverage and increased focus on women’s sports, the report concludes.