More women on sports boards would reduce doping and match-fixing 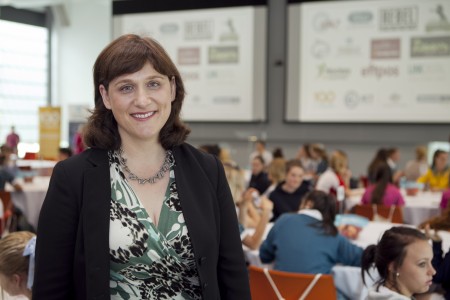 More women on the boards of sporting organisations would likely to lead to less corruption, doping and match-fixing, according to La Trobe University Professor Catherine Ordway.

Speaking in Canberra on Wednesday (26th July) at a public seminar on women in sport, Professor Ordway - Professor of Practice (Sports Management) at La Trobe University - stressed that the reductions would not come about because woman were "more moral or nurturing", rather that more gender diversity on boards would  break up "group think".

However, Professor Ordway, who is completing a PhD at the University of Canberra on sports leadership and integrity, said there would be limited value in simply appointing women from the same backgrounds as the men – instead, boards should look for diversity.

Professor Ordway supports the Australian Sports Commission's much-publicised gender equity plan, which aims for 40% of directors' positions on sports boards to be filled by women, saying that said the target was likely to make a difference not only to the number of medals won by Australians but also to integrity - meaning less doping, match-fixing and corruption.

Professor Ordway told The Canberra Times "if you have 10 people sitting on board together for the last 20 years who went to the same school, played the same sport ... it leads to a very high risk of group think and people just going with the flow and not asking the tough questions."

Corporate boards also performed better with more female members, becoming more innovative and creative, with higher share prices and less risk of bankruptcy – and the likely reason was because of a broader outlook and different viewpoints on key appointments.

Professor Ordway said while Australia was a world leader on anti-doping measures and one of the few countries that had criminalised match-fixing, there were still risks.

She added "if you're in denial about it then that's when the issues can arise.

"The reason why Australia doesn't have a massive problem is that Australia has been on the front foot.

"We talk about it and we're not burying our heads in the sand saying it's never going to happen to us."

However, she sees Australia as being vulnerable to match-fixing because of the proximity of Asia and the perception of Australian sport as being clean, which made it "interesting to gamble on", leading to vulnerability to corruption.

Image of Catherine Ordway courtesy of the University of Canberra.