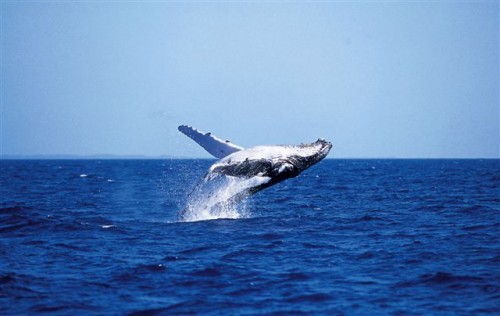 The Queensland Government has renewed its commitment to the Quandamooka Yoolooburrabee Aboriginal Corporation (QYAC) for a whale-watching authority around North Stradbroke Island (Minjerribah) as part of the economic transition strategy for the island after sand mining is phased out.

The Queensland Government has made a $20 million commitment to the transition strategy as the local economy moves from mining.

Explaining that this will give other industries the opportunity to flourish, Queensland Minister for Environment and Heritage Protection and Minister for National Parks and the Great Barrier Reef Dr Steven Miles stated “QYAC had the in-principle support of the Bligh Government for their whale-watching proposal back in 2012 before Campbell Newman’s Government stopped economic development on North Straddie in its tracks in favour of continuing unsustainable mining.

“I’m pleased to be able get this process kick-started again by offering QYAC a priority invitation. They have had a long-standing interest in taking up the third whale-watching authority available for the area, and have been talking with the Queensland Parks and Wildlife Service since before their native title determination in 2011.

“Whale-watching is now more viable since the industry started in the 1980s, as the humpback whale population has grown in that time from a few thousand to more than 20,000 passing the east coast each year.

“North Stradbroke Island is one of our most underused tourism assets. When I talk about diving and coral reefs people often think about up North, the Whitsundays and Cairns, they don’t realise we have some fantastic reefs so close to Brisbane. In less than an hour and half you can be out of the hassle of the city and enjoying some of the most incredible marine life Queensland has to offer.

“Moreton Bay Marine Park will now be able to offer visitors many kinds of viewing opportunities. There will continue to be the great experience offered in Hervey Bay, and then what QYAC is proposing, which is very different again, and will add a cultural component.” 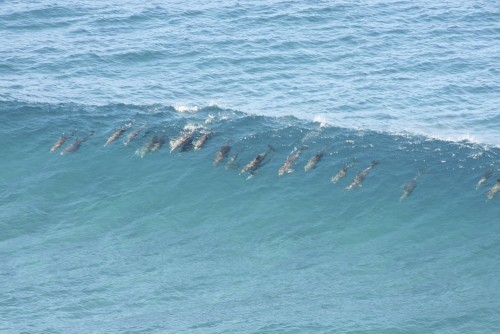 Costello added “we’ve been talking to the government for many years about a whale-watching operation, as part of economic development for the Quandamooka People and because of our strong connection to sea country.”

“QYAC has been working closely with the government for opportunities post-mining, and cultural tourism is an area we’re very interested in for Minjerribah.

“We want this to be a globally renowned area for cultural and eco-tourism based around whales. Whale watching tourism will give the Quandamooka People the added benefit of presenting their traditional owner and dreaming stories.

“We have a joint venture partner lined up, and hope to start tours in 2016. Tours would involve all types of sea life – not just humpbacks, but other whales, dolphins, turtles, and dugong.

“The tours would be part of a whole tourism package QYAC aims to put together, that will include land-based infrastructure and activities.

“We’re planning a whale interpretive centre at Point Lookout that will display a whole whale skeleton.

“Each whale season we’ll be holding the ‘welcome to the whales’ ceremony and will pass the whale song up the coast from one traditional owner group to the next as the humpbacks migrate north.”

Image: Whales (top) and dolphins (below) at North Stradbroke Island.