More to the Commonwealth Games than medals 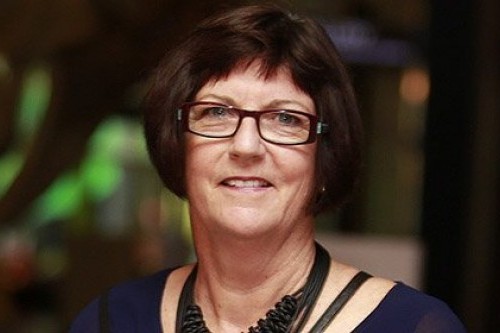 As the Commonwealth Games open on the Gold Coast, Australian Sports Commission Chief Executive, Kate Palmer has written a Blog emphasising, that while the scoreboard, or the medal tally, is often the first thing people look to in sport, winning is only one element in a far bigger and more complex picture.

"Australians love winning in the sporting arena but, if this week has reaffirmed one thing, as a nation we won’t accept winning at any cost.

"Integrity matters. How we play the game can be just as important, and inspiring, as the result.

"On the eve of a home Commonwealth Games on the Gold Coast, it’s interesting to contemplate how we continue to measure success as a nation.

"The Australian Sports Commission (ASC) and the AIS invest more than $100 million a year in high performance sport and, justifiably, we must quantify the return on that investment.

"The scoreboard, or the medal tally, is often the first thing people point to. But this is only one element in a far bigger and more complex picture.

"One of my favourite images from the recent Winter Olympics was of snowboader Scotty James. It wasn’t when he carried the Australian flag into the opening ceremony, nor when he claimed bronze in the half-pipe, although both were wonderful moments.

"It was after Scotty returned to Australia and immediately visited his old school in Melbourne’s eastern suburbs. He arrived to a rapturous welcome, where he received a home-made gold medal from pupils who were as proud as punch. In terms of fostering a sense of community, this was a major victory for sport.

"A medal cannot be a sole measure of success. Success can also be about endeavour, the stories of athletes who perform at their best or overcome adversity. It can be about role models who give back, and add value, to our communities. It can be about inspiring children to begin sport, or convincing a mum or dad to take up exercising again.

"Norway is an instructive international example. The alpine-sports-loving nation of just 5.2 million people topped the medal table in PyeongChang with 38 medals, 14 gold.

"But where does that high performance success stem from? You could claim Norway’s greatest success is that it boasts 93 per cent community engagement in active sports participation. They focus on the social outcomes, health benefits and the advantages of having a huge engagement with physical activity and sport. A great by-product is that it creates a foundation of skills and experiences and a so-called “organic” system that develops world-class athletes because of the clear pathway to international representation.

"The benefits of a healthy, active community and high participation rates among children are immense.

"Research consistently shows that, as well as inspiring young people, our elite sporting achievements generate national pride and influence positively our collective feelings of self-worth. Our nation’s reputation matters to us.

"According to SMI Insights Data, 80 per cent of Australians believe our athlete representatives instil pride and contribute towards the national identity, while 75 per cent think Australians are respected on the international stage.

"We cannot pretend that result and medals don’t matter. The ASC and AIS is no longer using the branding Winning Edge as part of our high performance strategy, but we continue to invest for podium success.

"We should, and do, celebrate victories at international level. Yet if it was all about medals, we would stop funding many of the sports in Australia to invest in select sports that provide multiple medal opportunities.

"Is that what Australians want? I don’t think so. We are more egalitarian than that. We invest in a broad range of sports, because what we’re delivering is broader than medals.

"Consider Australia finished with 29 medals on the final tally at the 2016 Rio Olympics. The bulk of these were not in individuals events, so 71 Australian athletes actually returned from the games with medals.

"So to the Gold Coast. Commonwealth Games Australia has set the target of being the No.1 nation at GC2018. We support that ambition. But, as the major athlete investor, it won’t be our only ambition.

"Performance is one, and the Games will feature a lot of younger, emerging athletes on debut at a major event. It’s a home Games, so how do they perform under pressure in that environment? Have all athletes performed at their best? Have we had improved performances? Have we got the right systems in place around the athletes?

"Another will be the engagement with the community, through broadcast ratings, spectator numbers, social media and the like. Legacy-wise, does it make a difference to sport going forward? Has the interest in sport lifted?

"Major events generally trigger a massive increase in participation. But is that sustainable? Are sports ready to capture those numbers at a time when a lack of resources mean most of them are struggling to adequately accommodate the people they already have involved?

"The Intergenerational Review of Australian Sport 2017 estimates a $7 return for every $1 invested in sport. We need to unlock that value and find ways of increasing investment in sport - not just high performance, but in the whole system."

"Because our ultimate goal, which will bring immeasurable success, is to become the most active nation in the world.