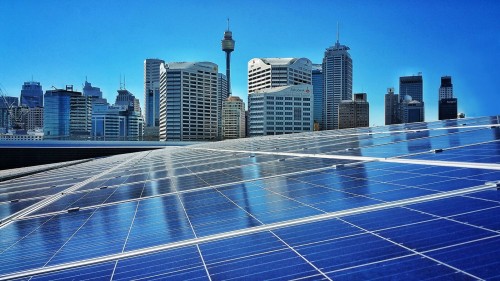 The International Convention Centre Sydney (ICC Sydney) has received national and international recognition with a pair of significant awards.

Opened at the end of 2016, the leading convention, exhibition and entertainment venue’s all-encompassing approach to sustainability has seen it being awarded LEED Gold.

The LEED (Leadership in Energy and Environmental Design) ratings system, developed by the U.S. Green Building Council (USGBC), is the foremost program for buildings that are designed, constructed, maintained and operated for improved environmental and human health performance.

• Reuse of 100,000 cubic meters of concrete from the original brownfield site
• Use of 96% recycled steel in its Exhibition Halls
• Highly efficient Central Energy Plant and Building Management systems
• Australia’s largest electric car charging station for 25 vehicles
• A community funded solar array, the nation’s largest in a CBD, providing 5% of the venue’s energy - enough to power 100 homes.

“The integrated venue has been cleverly designed to minimise energy and water consumption, whilst still delivering world class amenities for business events and live entertainment.” 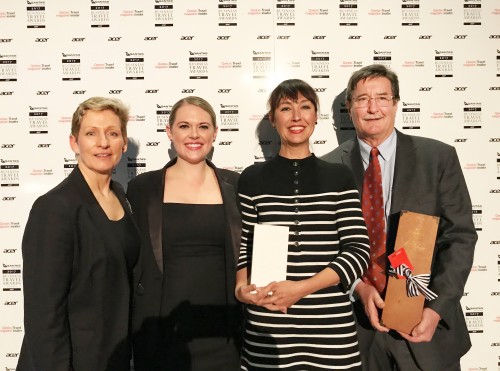 Robertson advised “since its opening in December 2016, ICC Sydney has transformed Darling Harbour. We now have 30% more public space and greater connectivity through the creation of pedestrian and cyclist links in the precinct.”

The venue has also been named Australia’s best conference venue at the Qantas Business Travel Awards.

Recognised as Australia’s most sought-after conference venue, ICC Sydney was awarded for its design and management with its culinary and event services being celebrated as world class.

Commenting on the receipt of this award ICC Sydney Chief Executive Geoff Donaghy said the venue was delighted to already be receiving such illustrious praise just six months after opening and to be further demonstrating the strong business brand of Sydney.

Donaghy advised “ICC Sydney is a world class venue befitting of its vibrant, global city and is backed by a starring business community with strengths in digital innovation, financial services, creative and media industries, media and scientific research and education.”

Other Sydney venues to be awarded on the night included The Bridge Room, Best Restaurant for a Business Lunch or Dinner and Pendolino, Best Private Dining Room.

Donaghy concluded “Sydney’s recognition through these awards is testament to the calibre of the city as a leading business events destination that celebrates quality in produce, service and design.”