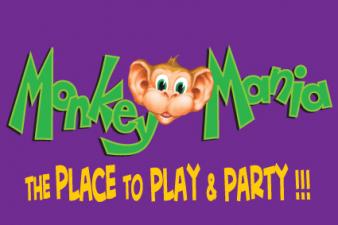 Monkey Mania, the Australian founded indoor play centre company, opened the first stage of the latest Monkey Mania at the Central Coast Leagues Club in Gosford at the end of March.

With plans to add a Laser Tag venue alongside the play centre later in 2014, the opening is a significant milestone for the Sydney-based company. Construction of the attraction took six months and the end result is a facility with a three level play structure, toddlers play area, children’s electric go karts, an inflatable jumping castle and six uniquely themed party rooms.

Commenting on the opening, Monkey Mania founder and Chief Executive Trevor Sidley explained "we are thrilled to have worked with the Central Coast Leagues Club to bring this calibre of play venue to the Gosford community.

“Already this is a wonderful offering for families and (it) will only be enhanced once we open the Laser Tag."

Fresh from the Gosford opening, Monkey Mania is now just weeks from opening its eighth venue in the Top Ryde Shopping Centre.

To date, all Monkey Mania venues have been company owned, but the company is now moving to a franchised model.

As Sidley adds "we now have a tried and tested model and formula - the time is right for us to franchise. This will allow expansion into new areas and create new possibilities that we have not yet explored. We also know that an owner operator will be passionate about his/her business and generate exceptional results.”

Click here to find out about Moneky Mania franchising opportunities.