Ministers take steps to strengthen the integrity of Australian sport 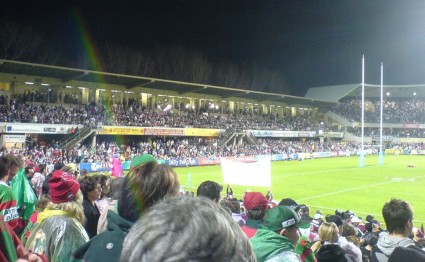 Taking the next steps to strengthen the integrity environment around Australian sport while meeting in Launceston this week, Australia's sport and recreation ministers praised the overwhelming majority of Australians involved in sport, from athletes and coaches to officials and volunteers, who behave with integrity.

Building on the outcomes of their February meeting, the ministers confirmed their willingness to work collaboratively to strengthen and safeguard the integrity of Australian sport.

Ministers endorsed the expanded role of the National Integrity of Sport Unit including more proactive integrity threat identification, assessment and advisory services for sport, and the establishment of the Australian Sports Integrity Network (ASIN)the primary vehicle through which Australian sporting organisations will discuss and coordinate responses to sport integrity issues.

Ministers recognised the work underway to strengthen the registration processes for sports scientists; and progress on the consideration of the criminalisation supplying banned substances. The meeting was also given an update on Australia's participation in international developments to combat match-fixing.

In addition, the Ministers recommended further work on initiatives to help reduce the cost of participating in sport approving further work towards a nationally consistent approach to the regulation of combat sports.

Ministers specifically noted and endorsed progress on the following:

• All Coalition of Major Professional and Participation Sports (COMPPS) member sports agreeing to establish or strengthen their sports integrity units. The National Integrity of Sport Unit (NISU) working with all sports to identify whether an integrity unit is needed and further, to assist non-COMPPS sports in establishing such units where needed through the development of the Sports Integrity Threat Assessment Methodology (SITAM).
• The NISU establishing the Australian Sports Integrity Network (ASIN) to become the primary vehicle through which Australian sporting organisations will discuss and coordinate responses to sport integrity issues.
• The NISU developing probity checking principles to assist sports, and is working with relevant Commonwealth agencies, including the Australian Federal Police and Customs, to produce practical guidelines to assist sports to establish and maintain due diligence and probity checking processes.
• The Australian Sports Anti-Doping Authority (ASADA) Amendment Bill 2013, passed by the Australian Parliament on 27th June 2013. It contained a number of amendments to strengthen ASADA's investigative powers.
• The NISU is currently examining the complexities around the sharing specific types of information on sporting integrity matters and will provide further advice and recommendations on information sharing protocols on completion of this work.
• The NISU is developing an online education tool that will be available to all sports in coming months. State and Territories have also agreed to examine the expansion of the Play by the Rules program to provide information about illicit and performance enhancing drugs.
• The Australian Institute of Sport has released the Sports Science/Sports Medicine Best Practice Principles.
• ASADA's biological passport program, which is one of the best methods for detecting doping, is now operational.
• State and Territory commitment to the implementation of the National Policy on Match-Fixing in Sport.
• Additional work to protect the integrity of sport at the sub-elite level.