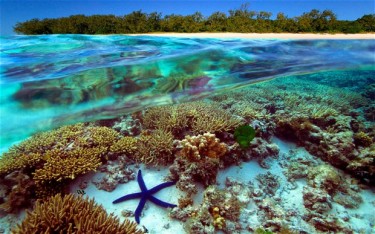 A United Nations decision not to list the Great Barrier Reef as in danger shows that Australia is a “role model to the world” in environmental protection according to Federal Environment Minister Greg Hunt.

Based on recovery plans released recently by the Federal and Queensland Governments, UNESCO’s World Heritage Committee did not see through a threat to list the Great Barrier Reef as ‘in danger’ at its meeting in Germany this week.

The 21 nations on the Committee unanimously endorsed an earlier draft ruling that the reef stay off the in-danger list, although Australia must report back on its recovery plans by December next year.

Several nations praised Australia’s efforts to aid the ailing reef, which is the world’s largest living structure but has lost around half of its coral cover in the past 30 years.

Between them, the Australian and Queensland Governments have pledged to ban the dumping of dredged seabed sediment within the reef’s world heritage area and to limit the expansion of ports along the coast.

The Federal Government has put $140 million towards a reef trust to improve water quality, with a target of slashing the amount of nitrogen flowing onto coral by 80% over the next decade.

The Government’s scientists have warned that the reef is in poor and deteriorating condition, with climate change the leading long-term threat to the vast coral ecosystem. Pollution flowing from land, cyclones and a plague of coral-eating starfish are also degrading the reef system, which is roughly the size of Italy and supports more than 1,600 species of fish.

Minister Hunt, who attended the world heritage committee gathering in Germany, said the decision was “tremendous” and that the committee felt that Australia was a “role model to the world” in how to protect coral reefs.

Hunt told the ABC, “it’s really an astonishing and outstanding outcome for Australia and what it means is that the physical work is now being held up to the rest of the world for dealing with complex challenges facing the great coral reefs of the globe.”

Hunt said the reef decision, along with the World Heritage Committee’s far more critical appraisal of the management of Tasmania’s wilderness area, was a “really outstanding set of outcomes for Australia and for Australia to be held up before the world and by the world as a role model I think is a good day for Australia’s environmental reputation.”

Minister Hunt, who led a vigorous diplomatic lobbying effort to avoid an adverse listing following concerns raised by UNESCO last year, said some green groups had campaigned with “spectacular lack of success” for the reef to be listed in danger.

Greenpeace told UNESCO delegates that Australia’s continued support for new coal mines in Queensland meant that there would be “more dredging, thousands more coal ships through the reef and a dangerous amount of new coal being burnt.”

WWF Australia Chief Executive Dermot O’Gorman, said the decision had put Australia on probation and made clear that “promises alone will not be enough”, adding “the world heritage committee wants hard evidence that Australia is delivering outcomes in coming years.”

WWF, which has said it did not want an in-danger listing, has been critical of the level of Government funding allocated to tackling water pollution and has called on Australia to do more to combat climate change, the leading threat to the reef.