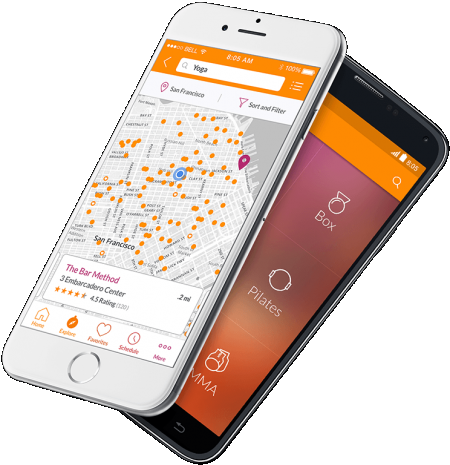 After a series of major acquisitions in the first quarter of the year, US-based fitness management software company Mindbody says it it poised for "strong growth for years to come."

The NASDAQ stock exchange cloud-based business management software provider, reported total revenue of US$53.8 million in the first quarter of 2018 earlier this month, a 28% increase over the same quarter in 2017.

As advised in a complay news release, net loss for the quarter ending 31st March was US$1.7 million, down 56% from 2017, while subscription and services revenue grew 31% to US$32.7 million.

The company ended the quarter with 57,909 subscribers - a 3% decrease from 2017, but these subscribers were spending more on average per month compared with the previous year, US$302 per month this year compared with US$230 per month in 2017, according to a company news release.

"With nearly 45 million consumer bookings on our mobile apps and a more than doubling of promoted offer sales year over year, our consumer marketplace strategy is in full swing. Now, with the acquisitions of FitMetrix, Booker and Frederick we are positioned for an acceleration of consumer adoption and strong growth for years to come."

Mindbody Chief Operating Officer and Chief Financial Officer Brett White, added "our pricing and refined subscriber growth strategy contributed to excellent unit economics and yet another quarter of improving profitability while we continue to invest in our business."

Having acquired Booker Software Inc., a business management platform for salons and spas, and performance tracking company FitMetrix, Mindbody expects revenue next quarter to grow to between US$59.5 million and US$61.5 million, while revenue for the full year is expected to hit between US$246 million and US$252 million.

Earlier this year, Mindbody was named one of the world’s most innovative wellness companies in 2018 by Fast Company magazine.

Fast Company compiles an annual list of the top 50 most innovative companies, as well as top 10 lists in 36 sectors from data science to wellness.

Mindbody was named in second place on the wellness list, behind spin-class app Peloton. Other wellness companies that made the list are Hilton Worldwide, Well+Good, Under Armour, SoulCycle, Pure Barre, Equinox, Tough Mudder and VirZoom.

Mindbody was recognized for its “innovative software platform that provides the tools wellness entrepreneurs need to run, market and grow their businesses.”