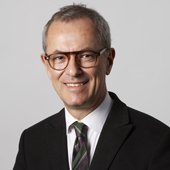 After months of searching, the Art Gallery of NSW has appointed Michael Brand PhD as its new Director.

Dr Brand, who succeeds legendary Director Edmund Capon - who steered the gallery for 33 years, is Australian international credentials in museums and galleries, having been Director of the J. Paul Getty Museum in Los Angeles and more recently a Consulting Director of the Aga Khan Museum currently under construction in Toronto.

NSW Premier Barry O'Farrell welcomed the appointment, stating "Michael will bring his formidable curatorial and management skills to bear on the Art Gallery of NSW's already impressive reputation for artistic excellence and acquisition.

"The appointment will provide the gallery with opportunities to build upon NSW's strong artistic tradition, innovative approach to art and culture and my government's goal of making NSW Australia's premier destination for art, culture and innovation."

The President of the Board of Trustees of the AGNSW, Steven Lowy, said he was delighted the gallery had been able to recruit such an outstanding director whose scholarship and reputation was well recognised globally, adding "Dr Brand has held important leadership roles at some of the world's most respected cultural institutions.

"That the Art Gallery of NSW will now benefit from his extensive scholarly expertise, his international reputation and his global networks is cause for celebration.

"On behalf of the gallery and its friends and supporters, we welcome Michael and his family to Sydney and look forward to working with him to take the gallery into a new era."

Dr Brand said he was very excited about his new role, explaining "the Board of Trustees presented me with a highly compelling vision of the gallery's future.

"While they are rightly focused on serving their primary audience and promoting Australian art, they are also resolutely international in their approach to art and culture.

"The gallery has a great opportunity to further build on its international partnerships that will bring extraordinary works of art to Australia."

Under Dr Brand's leadership, the Getty Museum acquired masterpieces by artists such as Claude Lorrain and Paul Gauguin. He staged exhibitions such as Holy Image, Hallowed Ground: Icons from Sinai (2007); Bernini and the Birth of Baroque Portrait Sculpture (2008) and Drawings by Rembrandt and his Pupils (2009).

Dr Brand serves on the Visiting Committee of the Harvard Art Museum and the International Advisory Board of the State Hermitage Museum in St Petersburg. He has been a member of the Governing Board of the Courtauld Institute of Art in London.

Dr Brand will begin his new role mid-year after finalising his consultancy with the Aga Khan Museum. He will be the ninth director of the Art Gallery of NSW in its 120-year history.

According to media reports, Dr Brand had been tipped to become Director of the National Gallery of Victoria.