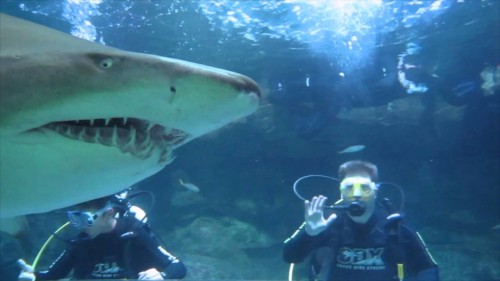 Merlin Entertainments Group has announced that it is to relaunch Oceanworld Manly as the Manly SEA LIFE Sanctuary, operating under the SEA LIFE banner as a world-class facility for the breeding, protecting, rescue and rehabilitation of Australian marine life.

To herald the opening of Manly SEA LIFE Sanctuary on on 28th June 2012, the attraction will launch a brand new exhibit 'Penguin Cove', where visitors can discover Manly's iconic Little Penguins and their importance to the shores of Manly - Manly being one of the last mainland breeding colonies of this species in Australia.

While they can usually only be seen in the wild when they are nesting, the launch of the 'Penguin Cove' will allow visitors to see them all year round. The Manly SEA LIFE Sanctuary penguin colony will be made up of captive bred and surplus animals from other institutions in line with the Australian species management plan for the Little Penguins.

At the core of the relaunch, Manly SEA LIFE Sanctuary will open a new rehabilitation facility for sick and injured sea life in order to care for higher quantities of these marine animals. Oceanworld Manly General Manager Kris Lim explains "over the years we have been receiving more frequent reports of marine wildlife in distress off the coast of Sydney, indicating there is a clear need for dedicated facilities that can respond to these calls.

"Visitors will be able to actively support our efforts to breed, rescue and protect our local marine wildlife, which in turn will assist us with our core mission - to empower visitors to help safeguard the marine environment and its population".

A testament to the potential of the rehabilitation facility at Manly SEA LIFE Sanctuary is the attraction's recent success of caring for two adult Green Sea Turtles that were rescued from the Northern Beaches late last year. 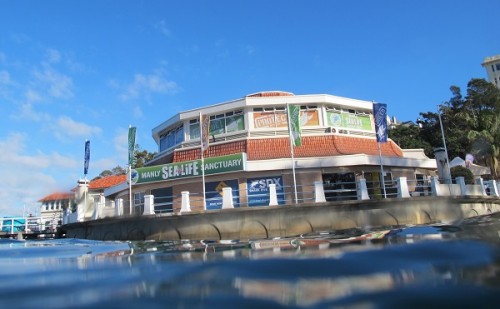 The female turtle was showing signs of high stress and flotation issues (likely to have been caused by a boat strike ï¾ one of the biggest threats to marine turtle populations). The female turtle was brought to Oceanworld Manly for assessment and rehabilitation, which included being placed into a shallow warm water pool, away from environmental stresses, where she was treated with antibiotics and allowed to rest.

Now able to stay submerged and swim normally, staff are preparing for the final stages of her rehabilitation before she will be tagged and released.

The second turtle, a three flippered turtle, was rehabilitated and will also be released in the coming months. The progress of both turtles after release will be tracked closely by the Sanctuary team.

For those who would like to take the plunge and face their fears, the iconic Shark Dive Xtreme will continue to allow visitors the chance to come face-to-face with Australia's largest collection of critically-endangered Grey Nurse Sharks, as well as Stingrays, Turtles and a large variety of other marine animals.

Visitors will have the chance to dive with the newest resident to the four million litre Oceanarium, two-year-old female shark Freckles, as well as juvenile male shark Murdoch, who was born and bred on site and is a huge testament to the success of the attraction's Grey Nurse shark breeding programme and six adult Grey Nurse Sharks.

For more information and updates on Manly SEA LIFE Sanctuary go to www.oceanworld.com.au