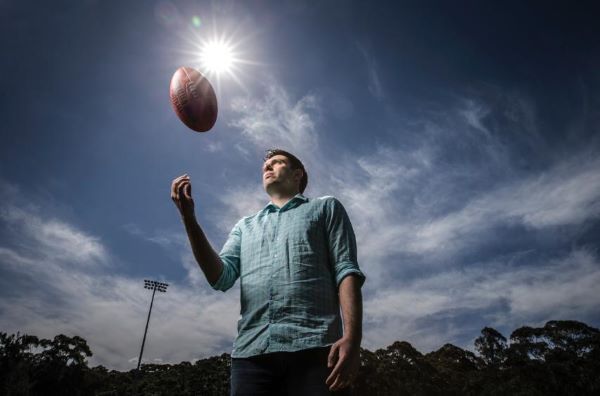 A sports-based program, Ahead of the Game, developed by University of Wollongong (UOW) psychology researchers to improve the wellbeing and resilience of teenage boys, has been announced as an official mental health program of the Rugby League World Cup 2021 (RLWC2021).

The Ahead of the Game program, is funded by Movember, a leading global men’s health charity, and was developed by UOW researchers in 2016. It equips adolescent males with skills, confidence and support systems to help recognise the warning signs of mental health problems and act on them as early as possible.

In January the Duke of Sussex, Prince Harry, announced RLWC2021 as the first global sporting event to launch a Mental Fitness Charter. The Charter aims to train every player, team official, match official, teammate and volunteer to look after their own mental fitness and that of those around them by the end of the tournament.

Ahead of the Game lead researcher, Dr Stewart Vella from UOW’s School of Psychology, said he is delighted RLWC2021 and Movember are using the program to engage young men and tackle important mental health issues.

Dr Vella advised “Half of all mental health problems have their onset before the age of 14, so giving young men the skills to cope with these challenges is really important.

“Our research has shown that teenage boys who undergo just two hours of sport-based mental health and resilience training demonstrated a better understanding of what mental health is, had greater intentions to help others who have a mental health problem and were more confident about seeking help themselves if they needed to.”

RLWC2021 has partnered with Movember to deliver the Ahead of the Game program. They will teach young people about the importance of looking after their own mental fitness and deliver awareness-raising workshops to 8,000 young rugby league players, 8,000 parents and 360 coaches.

While the Ahead of the Game program has its roots in Wollongong, Movember has helped expand the program into other countries including the United Kingdom and Canada.

Movember is the leading global charity changing the face of men’s health, with a focus on mental fitness and suicide prevention in males.

RLWC2021 will be the first time the men’s, women’s and wheelchair competitions have been staged in a single celebratory event, culminating in an epic finals weekend to crown the champions of each tournament.

The tournament will take place in England between 23rd October and 27th November 2021 across 21 venues. 32 teams will compete in three tournaments.

For more information on RLWC2021 and its pledge to tackling mental health, visit www.rlwc2021.com

For more information on Movember go to Movember.com.