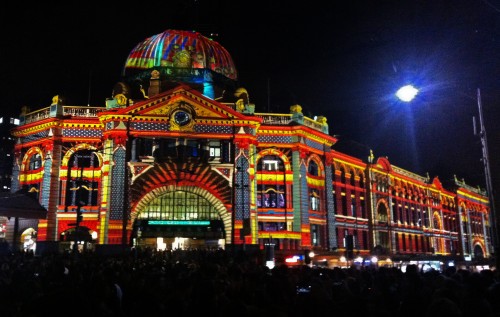 With White Night Melbourne to return to the streets, laneways and gardens of the Victorian capital from dusk till dawn on Saturday 18th February 2017, it has been announced that the event will also be introduced to Ballarat next year.

Announcing that the inaugural White Night Ballarat will be held on Saturday 4th March 2017, Victorian Minister for Tourism and Major Events John Eren stated “Ballarat is a wonderful regional centre with a superb streetscape. What better location for the first ever regional White Night?

“This event will attract visitors from all over Victoria and Australia, and that's great for the local economy.”

City of Ballarat Mayor Des Hudson added “White Night is a spectacular kaleidoscope of colour and movement, and from dusk until dawn Ballarat will be seen and heard as never before.

“This renowned event is a priceless opportunity to showcase Ballarat’s beautiful heritage streetscape to the world.”

White Night Melbourne 2016 attracted 580,000 to the CBD and surrounds. As well as projections and special events, such as an all-night circus event at Melbourne Museum, the eastern edge of the city, the night features bands, performances, and installations in unusual locations.

Earlier White Nights in Melbourne were plagued by overcrowding. In response, organisers expanded the event's footprint to lessen the crush along Swanston Street, the city's main thoroughfare.

For more information go to www.whitenightmelbourne.com.au

14th November 2015 - ‘BEHIND THE SCENES’ EXHIBITION OPENS AT SOVEREIGN HILL