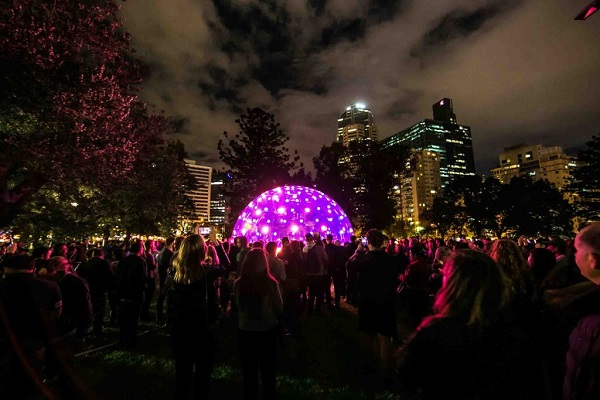 Melbourne’s major park and garden precincts have been transformed into artistic wonderlands for White Night Reimagined, attracting a record 718,000 attendees.

Celebrating its seventh year in 2019, with arguably the most ambitious program to date, White Night Reimagined was a feast for the senses, showcasing a mix of local and international artists. Once again under the stewardship of Artistic Director, David Atkins, White Night Reimagined featured more than fifty program items across artistic installation, projection, puppetry, acrobatics and live performance.

The highlights included the world premiere of Mad Max Fury Road, a three-dimensional interpretation of George Miller’s iconic movie, featuring projection mapping on to the façade of the Royal Exhibition Building, a bespoke soundtrack and pyrotechnics.

At Birrarung Marr, internationally renowned performance company Close Act brought the visually spectacular work Globe. Crowds were left breathless by the 41 acrobatic performers in, on, around and above the mesmerising 16-metre structure, dominating the banks of the Yarra River.

White Night Reimagined was complemented by collaboration with Food and Wine Victoria to deliver a suite of unique culinary adventures, including the White Night Feast and a ‘toastie’ tasting menu across CBD restaurants and bars, while a bespoke music program saw crowds dancing in some of Melbourne’s most loved venues.

The action continued indoors too, with Melbourne’s cultural institutions curating a range of special programming to amplify the artistic program of the three-day festival. Among the most visited were the National Gallery of Victoria, the Melbourne Museum, Supersense at Arts Centre Melbourne and the State Library of Victoria. 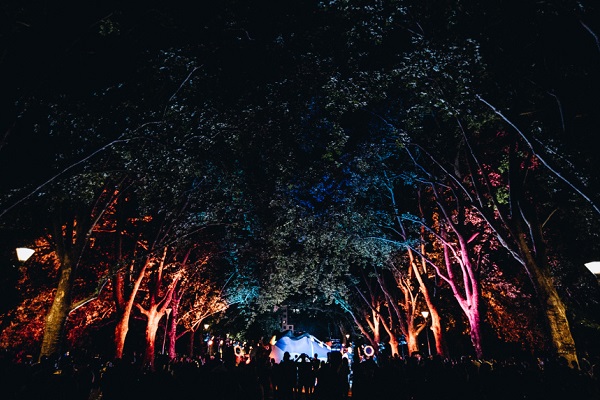 Melbourne will welcome a brand-new winter festival in 2020, with the legacy of White Night set to continue in Victoria’s regions as Ballarat prepares to play host on 21st September 2019.

Commenting on the success of this year’s White Nights, Victorian Minister for Tourism, Sport and Major Events Martin Pakula stated “Melbourne has come alive after dark for the last three nights with more than 700,000 people descending on three iconic garden precincts and our cultural institutions for a celebration of art, live performance, music and light projections.”

“Melbourne’s bars, restaurants and hotels have been buzzing in winter thanks to our major events calendar which continue to deliver for locals and visitors alike.”