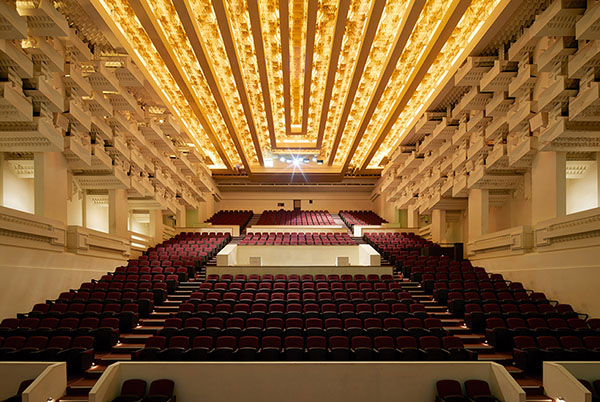 The Capitol, as it will now be known, was officially opened today by RMIT Vice-Chancellor and President Martin Bean CBE and Victorian Minister for Training and Skills, Minister for Higher Education Gayle Tierney.

The renewed 580-seat Capitol Theatre is anticipated to attract 100,000-plus visitors per year as RMIT in partnership with Australian Centre for Moving Image (ACMI) plans to host more than 500 cultural events, festivals and performances each year with one of the first events scheduled from 21st to 30th June being Viva Varda, a retrospective film screening celebrating Agnès Varda. (ACMI is undergoing a major 12-month refurbishment from the middle of this year).

RMIT Pro Vice-Chancellor and Vice-President Paul Gough says that reactivating the Capitol Theatre will help to link the past with the future, while providing opportunities for students and creative industries, stating "by transforming this beloved landmark and partnering with ACMI, we’re creating a space not just for RMIT students and staff, but for the wider Melbourne community.

“We’re creating a cultural and educational destination - a thriving centre where the creative community can interact, connect and collaborate.”

Designed in the 1920s by celebrated architects Walter Burley Griffin and Marion Mahoney Griffin to evoke a crystalline cave, RMIT has transformed the treasured landmark into a contemporary destination for culture, education and innovation that pays tribute to the venue’s wonderful history and architecture. 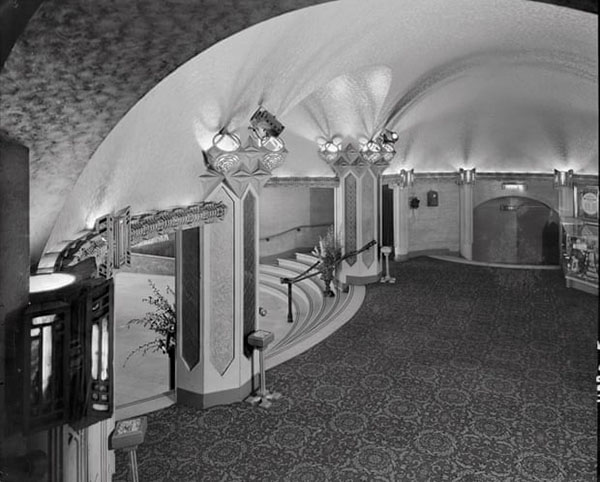 Architect Peter Malatt from Six Degrees, which oversaw the The Capitol refurbishment, told the Guardian that the project was a double-edged sword to work on, commenting "you have to pay a lot of respect to what came before.

“A lot of the work on this job was to bring the building up to 21st century standard with all the codes. 80% of the work you really can’t see, there’s a huge amount of stuff behind the walls.”

Advising that the Capitol was the first reinforced concrete building in Melbourne, Mallat explained that it was considered cutting-edge back in its heyday in terms of the lighting systems and multi-use status as a cinema and office building.

He added “all their decorative themes are based on their ideas of modernism but not modernism coming from a strictly industrial view point … they use a geometry that’s really based on a respect for nature."

The Capitol was closed in 2014 after falling into disrepair, having originally opened in 1924 as the first large picture palace in Victoria.

One of the world’s earliest examples of the art deco architecture, the venue was designed to evoke a crystalline cave with its geometric ceiling concealing more than 4,000 coloured lamps. 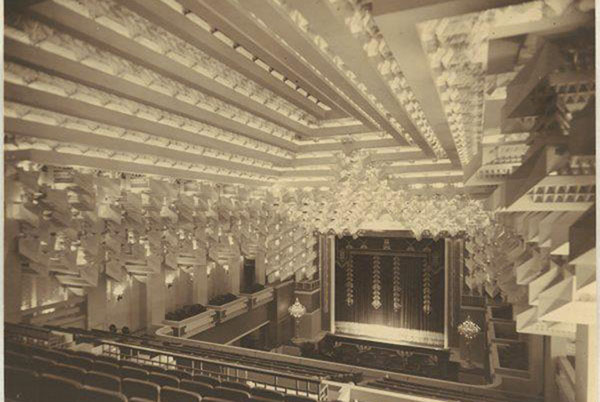 “Unfortunately it was modified in the 1960s and 70s, which significantly damaged its heritage value. It would have been considered for a world heritage listing if the modifications that created the arcade and the new entry sequence … hadn’t been completed.”

Hook noted that at the time of the theatre’s opening the Great Depression was inching closer.Melbourne was a struggle town in the 1920s amid poverty and broken men returning unheralded from the first world war.

He added “walking into that foyer [to watch a film for an hour] – the incredible removal from the gloom outside would have been an incredibly transformative experience."

The Griffins, a husband and wife team, had worked for Frank Lloyd Wright, one of America’s greatest architects in Chicago, before they came to Australia. Marion Mahony was a pioneer and had been the first woman to obtain an architecture licence in Illinois, but she remained in the shadows of her better-known husband.

The Capitol and Newman College at the University of Melbourne were the Griffins’ major projects in Melbourne. They also designed the Sydney suburb of Castlecrag.
It’s believed the famous geometric ceiling of The Capitol was Mahony’s handiwork.

Hook told the Guardian that architectural historians were only starting to understand the powerful creative influence of women who worked alongside modern masters, concluding "women architects in the 1920s and 1930s really struggled to have their voice heard in the male-dominated field. Certainly there would be many contemporary female architects who would argue that is still the case.”