Melbourne’s status as a global music city has been recognised with a winning bid to host a major international music conference in 2018.

Melbourne has been selected to host the Music Cities Convention in 2018, becoming the first city outside Europe and the USA to do so, with Melbourne set to join the ranks of cities like Berlin and Memphis to lead an international discussion about the extensive role music plays in cities, socially, culturally and economically.

The recognition comes following two years of record Victorian Government investment in the State’s music scene with the rollout of the landmark Music Works strategy.

The Music Cities Convention is the largest and most extensive gathering of its kind, bringing together government, academic and music industry leaders from around the world. It showcases best practices on the use of music to improve city life across education, employment, community building, licensing and regulation. 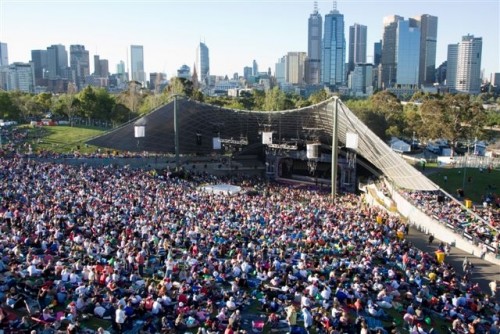 The presentation of the Melbourne Music Cities Convention is being supported with $250,000 in the Victorian Budget 2017/18. The event is expected to attract hundreds of delegates from around the world.

Music Cities Convention is presented by UK-based Sound Diplomacy, the leading global advisor on music cities and market development. The Melbourne event, taking place in April 2018, will be delivered in partnership with the Victorian Government and peak industry body Music Victoria.

Commenting on event heading to Melbourne, Sound Diplomacy Chief Executive Dr Shain Shapiro stated “it’s a privilege and honour to host the first ever Australasian Music Cities Convention in a city that inspires many around the world in its forward thinking approach to developing, sustaining and supporting its music ecosystem.”

“We couldn’t be happier that we’re coming to Melbourne. It’s going to be an amazing few days.”

For more information go to www.musiccitiesconvention.com/