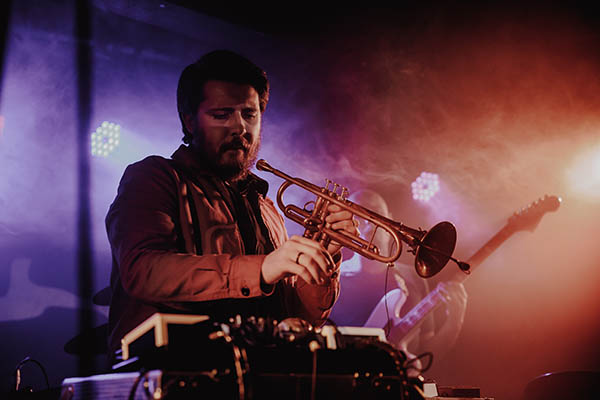 Melbourne International Jazz Festival has revealed an updated program of more than 70 live performances and events as well as a major new national industry summit for jazz and improvised music. The festival will include 16 premieres and album launches – now packed into a huge four-day long weekend across new dates from Thursday 2nd –Sunday 5th December.

With performance and events scheduled across the City including the new Jazz Hub at The Toff in Town, which will bring ‘late-night’ back to the CBD, Melbourne International Jazz Festival (MIJF) will at long last bring audiences and performers back together in a celebration showcasing the very best of Victoria’s world renowned, diverse and unique jazz scene.

MIJF artistic director Michael Tortoni notes “with more than 260 days spent in lockdown it goes without saying that it has been an extraordinarily difficult 18 months for everyone in Melbourne, but in particular, for our live performance communities.

“So, I am thrilled that after last year’s online event and this year’s postponement, our 24th festival will, finally, be going ahead with a full program of live events. The great Louis Armstrong famously said, “music is life itself” and I am so excited for Melbourne to come alive once more – the fact that the Melbourne International Jazz Festival will play a part in that makes me extraordinarily proud.”

Across the festival the inaugural Congress will host a series of talks, masterclasses, workshops, industry roundtables and networking opportunities for artists and industry, providing a platform for the national sector to congregate and navigate the future of Australian jazz. MIJF Congress will also feature a series of curated performances, profiling the breadth and talent of Australian jazz musicians, and connecting local artists with national and international presenters. 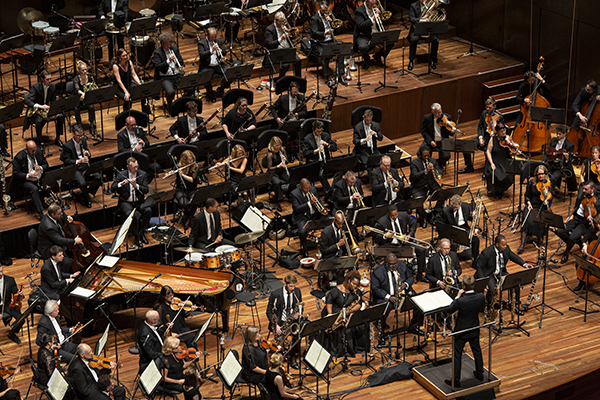 In a special pre-festival preview event and a joyful celebration of the festival's return to the Hamer Hall stage alongside the Melbourne Symphony Orchestra (MSO), the Opening Night Gala will now take place on Friday 26th November, featuring arrangements by Jazz at Lincoln Center Orchestra's Christopher Crenshaw (USA) and Melbourne's own Vanessa Perica.

The stellar musicians of the MSO will be joined on stage by the Vanessa Perica Orchestra, MC Eddie Perfect and an all-star lineup of Australian vocalists and musicians including Vince Jones, Harry James Angus, Kylie Auldist, Michelle Nicolle, Thando and more in an evening of fabulous jazz standards and orchestral brilliance which will also be available to stream across the festival.

Melbourne International Jazz Festival’s Artist in Residence series will showcase the work and talent of a towering force in Australian music – the multi award-winning pianist, composer and arranger Paul Grabowsky AO (pictured below).

At the Melbourne Recital Centre, audiences will be treated to the world premiere of The Old Rugged Cross which sees Grabowsky collaborate with Melbourne’s siren of soul, Emma Donovan. In The Old Rugged Cross, these two acclaimed artists will be joined by a powerful collection of Melbourne’s finest jazz musicians in exploring another side of Donovan’s early influences: the gospel and hymn tunes she grew up with in communities. 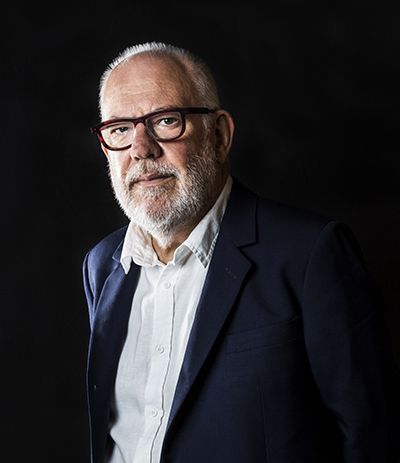 In an intimate and unique festival-only performance at the Jazzlab, Tuscan-born singer Ilaria Crociani joins Paul Grabowsky, Mirko Guerrini and Niko Schäuble's Torrio! in an exploration of the emotions underpinning Italian music through an eclectic selection of baroque arias, contemporary jazz songs, and movie soundtracks.

Finally, Grabowsky will delve into his distinguished career and share his thoughts on the future of Australian jazz as part of a very special ‘in conversation’ at the Melbourne Recital Centre.

With Melbourne fast becoming recognised internationally as the epicentre of a developing and distinctive jazz sound, MIJF will bring together two ground-breaking acts at the forefront of this new era of Australian jazz. In an incredible double bill at 170 Russell, experimental hip hop, neo soul and future-jazz outfit 30/70 – led by vocalist Allysha Joy and championed by the likes of BBC tastemaker Giles Peterson – will join viola-jazz pioneer Tamil Rogeon (The Raah Project), showcasing tunes from his critically acclaimed recent release, 'Son of Nyx'. 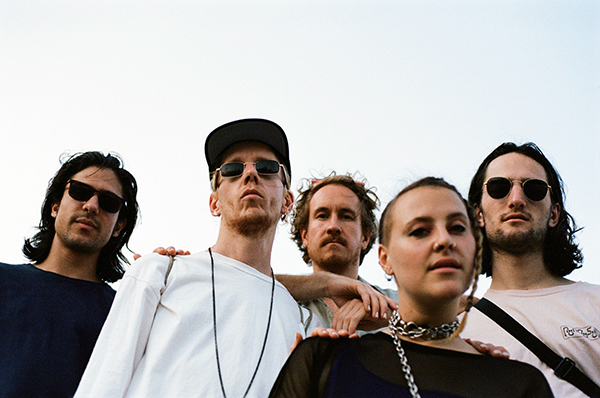 Award-winning musician, dancer, director and proud Djab Wurrung/Gunditjmara and Ngarrindjeri man Amos Roach will premiere his new commission as part of MIJF and the Australian Art Orchestra's (AAO) inaugural First Nations residency program. Acknowledged as one of Australia’s finest yidaki players, Roach’s new work will be performed alongside members of the AAO and will be informed by his practice using traditional instruments, songs, music and dance to tell stories of Songlines, Family and Country.

In a new addition to the 2021 program, STOCK, an electrifying quartet comprised of four of Melbourne’s best musicians, Julien Wilson, Craig Fermanis, Christopher Hale and Hugh Harvey, will perform live at Melbourne Recital Centre, harnessing a decade of collaboration, and hundreds of live gigs, to craft a bold style with a distinctly Australian accent.

At the Jazzlab, trombonist, composer and leader of MIJF’s Take Note initiative Ellie Lamb premieres their ambitious commission, Between Worlds, exploring themes of identity and the experience of living between genres and genders.

Luke Howard Trio will launch their fourth studio album Sanctuary at MIJF at the Jazzlab – an album that blends their minimalist aesthetic with elements of improvised and popular music into enthralling compositions. Led by the eponymous Luke Howard, one of the world’s foremost modern classical composers, the globally lauded trio have captured audiences with arrangements that curl and twist around the boundaries of emotion for the past 13 years.

The music of one of the world’s most beloved bands will be brought to new life in The Music of Radiohead. Alongside an eight-piece ensemble featuring some of Australia’s most exciting musicians from both jazz and popular music – David Quested and Ollie Cox will present a night of original interpretations of the music of Radiohead.

At the newly created Jazz Hub, the beating heart of MIJF, which will run every night of the festival at The Toff in Town, audiences can find album launches, DJs and dream collabs that can only exist within a festival context. Spontaneous late night jams led by local legends The Rookies will celebrate Melbourne’s jazz community with all-improvised, unrepeatable sessions with a rotating roster of festival artists dropping in – you never know who'll end up on stage.

Led by celebrated rapper, singer and trumpet player ZIIMUSIC, The Experience will pay respect to the legacy of the legendary late father of South African Jazz ‘Bra Hugh’ Masekela and Zimbabwean music royalty Oliver ‘Tuku’ Mtukudzi. The full band performance will feature stunning vocals from Zimbabwean born singer Thando, who will also perform her Jill Scott Project at the Hub – a tribute to the living legend of American neo-soul.

3 is One, a trio project headed up by GRAMMY nominated pianist, composer and musical-mystic, Barney McAll, will hit The Toff in a collision of keys, pedals, loops and percussion. Taking audiences on a psychedelic sonic adventure, McAll will be joined by multi-faceted artist Laneous and drumming maestro Leigh Fisher.

Rounding out the Jazz Hub line-up, audiences will party like it's Mardi Gras, as Horns of Leroy are joined on stage by some of their many friends.

Kids and adults alike will be dancing at an exclusive MIJF edition of PBS 106.7FM’s popular Rock-A-Bye Baby sessions, where iconic Melbourne funk/soul trio Cookin’ On 3 Burners will be joined by vocalist Stella Angelico as they bring their Hammond drenched grooves to the Northcote Town Hall.

I Hold The Lion’s Paw, the 4-piece collective led by Rueben Lewis, will invite audiences even deeper into their acclaimed immersive sound world of electro-ambience, grungy afro-grooves and psychedelic jazz at the launch of their long-awaited sophomore album, Lost In Place.

At the Malvern Town Hall, Melbourne vocalist Alma Zygier will bring her repertoire of American Songbook classics into the 21st century in a perfect marriage of nostalgia and youthful exuberance, inspired by the likes of Ella Fitzgerald, Billie Holiday, Louis Armstrong and more. Also on this terrific double bill is the Joe Chindamo Trio led by critically acclaimed pianist and composer Joe Chindamo and featuring Ben Hanlon and Danny Fischer.

In a one-day takeover of Brunswick Street celebrating Melbourne’s home of music, Jazz Northside will feature some of the city’s best local acts. Ben Harrison, Koi Kingdom and The Skellingtons will pop up at Fitzroy’s most iconic venues including The Rose Street Artists Market, The Rooks Return and Bar Open. This incredible day of live music culminates at The Night Cat where afro-funk powerhouse Cool Out Sun featuring Australian music heavyweights N'fa Jones, Sensible J and Nui Moon, will be joined by nine-strong Afrobeat ensemble Ausecuma Beats for an extraordinary double bill of rhythms and beats bound to get audiences moving.

The Melbourne International Jazz Festival will run from Thursday 2nd – Sunday 5th December
Tickets are on sale from 9am Friday 22nd October
Book at www.melbournejazz.com

3rd October 2020 - Perth jazz festival to go ahead in November