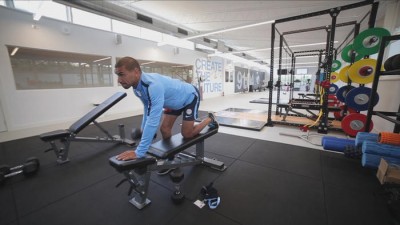 Commenting on the new facility, La Trobe University Vice-Chancellor Professor John Dewar stated "La Trobe University is the number one sport university in Australia and we are proud to host Melbourne City FC on our campus, partnering with them in both academic and community activities.

“The benefits are numerous; our students learn and work with world class administrators and sports professionals through internships and placements.

“Our researchers team up with players and coaches to ensure they are performing to their full potential. Plus, the partnership is also building capacity and creating opportunities for people in Melbourne's northern suburbs."

"Following the move to the CFA Melbourne, the Melbourne City FC first team will now train on the only Desso GrassMaster pitch in Australia - making it the most advanced football playing surface anywhere in the country and ensuring the squad is given the best possible chance to perform optimally every week.Meanwhile, the Club's youth teams will now have access to the improved training pitches and facilities the first team has vacated. 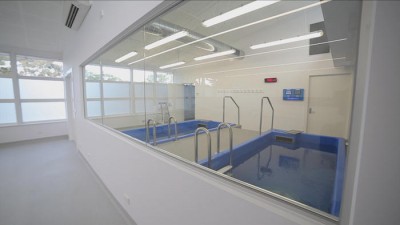 For the first time, the Club's players will benefit from purpose-built medical facilities for treatment and rehabilitation, including a state-of-the-art hydrotherapy suite, and a custom-designed fitness centre tailored to their needs in preparation, recovery and rehabilitation.

The inclusion of dedicated community pitches as part of the CFA Melbourne will also allow Melbourne City FC to run additional school holiday programs while offering local football clubs and visiting community groups the opportunity to tour the facility and watch the A-League team train.

Brian Marwood, Managing Director of City Football Services, said: "All of our facilities are designed to provide our players, coaches and clubs with the ingredients they need to perform at their best. For a talented young player deciding on where he or she wants to play their football in the future, the opportunity to train in a world-class facility like the CFA Melbourne could be a decisive factor."

It is expected that the CFA Melbourne will form an integral component of the dedicated Sports Precinct envisaged in the La Trobe University Campus Vision.