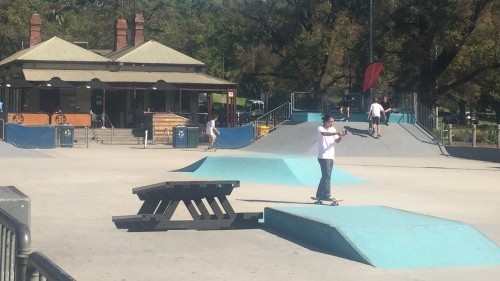 ​Melbourne’s two dedicated skate parks could be upgraded to cater for large skating events as part of the draft Skate Melbourne 2017-2027 plan that being considered by the City Council.

Melbourne Lord Mayor Robert Doyle said the City of Melbourne recognises that skating is a popular form of recreation that will become an Olympic Sport in 2020, commenting “we're considering the costs and potential partners for creating an internationally renowned skate park for Melbourne. The park would cater for street style skating, park skateboarding, inline skating and BMX.

"We need to balance the needs of skaters and the rest of the community to ensure everyone feels safe using our public spaces.

"The City of Melbourne has researched skating infrastructure in other great world cities such as Vancouver, Portland, Paris, Malmo and Copenhagen in preparing this plan."

More than 362,000 children participate in skateboarding, rollerblading or scooting each year in Victoria. 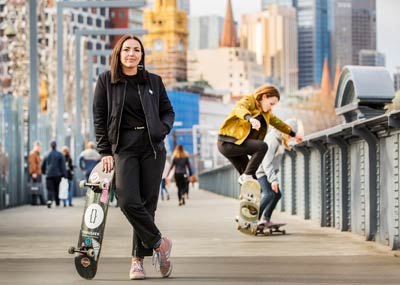 These skate parks are more than 15 years old and are likely to require replacement within the next five years.

Key actions in the draft plan include:

• Identifying spaces suitable for diverse skating styles, including developing a map of preferred routes and areas.
• Improving programming, communication and management of skating.
• Increasing participation for girls and women in skating.

Councillor Sullivan added “we need to foster female leaders to make sure that everyone feels comfortable skating. This could include running female-only skate sessions and incorporating safety features such as lighting into new skate parks.”

Australia's best female skateboarders can be seen in action at Riverslide Skate Park for the annual Daughters of Doom Skate Competition on Saturday 25th November 2017.

Images: Riverslide Skate Park (top) and Nastassia Ting, National Operations Manager for Girls Skate Australia and a board member of the Victorian Skateboarding Association (below).