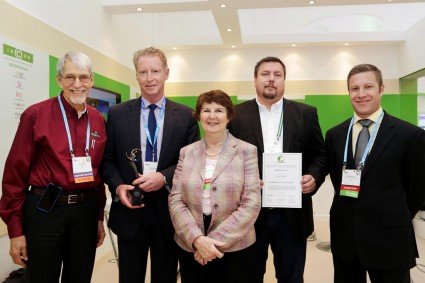 The Melbourne Convention and Exhibition Centre’s technology offering has been recognised with the venue winning the 2015 INCON Digital Infrastructure Award.

Melbourne Convention and Exhibition Centre (MCEC) was announced overall winners at the annual IMEX tradeshow in Frankfurt, coming up against leading convention centres and hotel venues around the world including Stockholmsmassen.

Walsh explained "providing the right digital infrastructure is the beginning of our tailored approach to technology; it also comes down to our team of tech experts who bring our customers’ events to life and enhance the overall delegate experience.

“This has allowed us to increase the capacity and speed of MCEC’s network tenfold, enabling us to handle larger internet connections for events such as the International AIDS Conference 2014 and Penny Arcade Expo (PAX).

“We know that no two events are the same, which is why MCEC’s IMAGINE encompasses our technology offerings under the one brand and provides access to the infrastructure and expertise to connect people with memorable experiences.”

Presenting the awards INCON Co Chair Roslyn McLeod stated "we are delighted that Melbourne has won this year’s award they were by far our strongest entry.

"We hope that other venues will follow suit and lift the quality of digital infrastructure across the whole industry.”

INCON is a partnership of the world’s leading conference organisers and event management companies.

Now in its second year, the INCON Digital Infrastructure Award rests on a simple principle that meetings are better when a first class digital infrastructure is made available along with applications and tools that enhance the delegate productivity and experience.