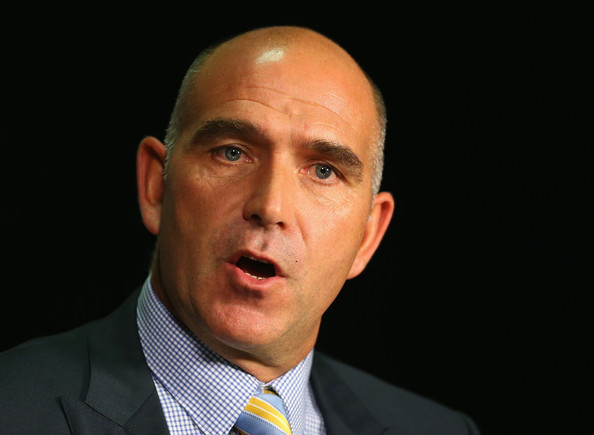 Fox will commence in the role in March, and will be responsible for the operation of one of the world's most unique sporting clubs, including its 120,000 members, and the iconic stadium it manages - the Melbourne Cricket Ground.

Fox will also oversee the MCC's management of the National Sports Museum, Yarra Park and several other sporting facilities in Melbourne.

Fox, aged 46, brings more than 20 years' experience in sports administration, with the last 16 years spent at two of the most successful AFL clubs of the modern era - Hawthorn and Geelong Cats.

Fox joined Hawthorn as Chief Executive in 2009, following nearly a decade at Geelong, where he worked under Brian Cook as chief operating officer, as well as general manager of stadium operations at the Cats' venue in Kardinia Park.

Prior to that, he worked in sport and recreation for Geelong City Council.

The Cats won two AFL premierships (2007 and 2009) in Fox's final three years at the club. At Hawthorn he has overseen a hat-trick of premierships (2013, 2014 and 2015), along with record membership numbers, a successful push into Tasmania and multimillion dollar operating profits in each year of his reign.

MCC President Steven Smith said Fox was an outstanding choice in a very competitive field, stating "Stuart Fox is an experienced leader who has an enviable track record of success.

"He brings with him a deep understanding of the AFL, one of our key stakeholders, and experience operating a stadium.

"We look forward to Stuart tackling the opportunities and challenges that confront our club and the MCG over the coming years."

Fox said he was looking forward to the challenge, adding “I am excited about joining the MCC, which to me is one of the most prestigious sporting clubs in Australia.

"To be given the opportunity to steer the club and the MCG through the next phase of its history is one I am very much looking forward to.

"I will depart Hawthorn with a tinge of sadness, but also with memories and friendships that will last a lifetime. I am indebted to the president, board members and staff at Hawthorn for their support over the past seven years and I wish them well for the 2017 AFL season and beyond."