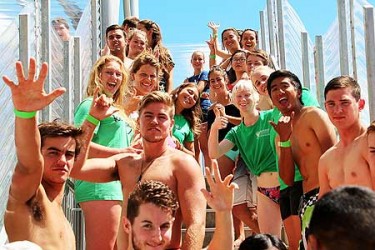 Massey University first-year students have slid into the Guinness Book of World Records by getting the most people down a water slide in one hour.

The record, undertaken during Massey University's Orientation Week,  was smashed when 306 students went down the 24 metre hydroslide, one by one, at Palmerston North’s Lido Aquatic Centre – beating the previous record of 289 set at the Sandcastle Waterpark in Blackpool, England.

Coordinating the volume of students down the slide in quick succession was no easy feat, with the slide riders rocketing down at 60 kilometres per hour.

Massey University Student Life Co-ordinator Kirsty Greenwell was not only the event organiser, but also a participant. 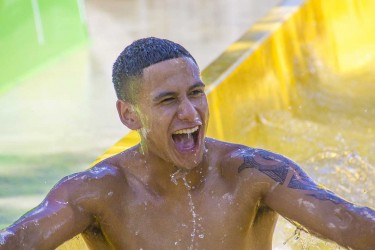 Greenwell stated that these kind of events are what Orientation Week is all about, explaining "it’s a fun atmosphere and a really positive start to the year,” she says.

Officials were on hand at both events and Justices of the Peace submitted the official documentation to the Guinness World Records authorities.

The speed slide is part of a $2.3 million dollar addition to the Lido Aquatic Centre, which also includes another Superbowl slide and AquaPlay area.

The 306 students add to the over 10,000 people who have ridden the slides since their opening in December last year. 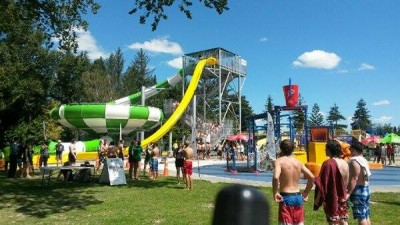