Melbourne named among most liveable cities in the world 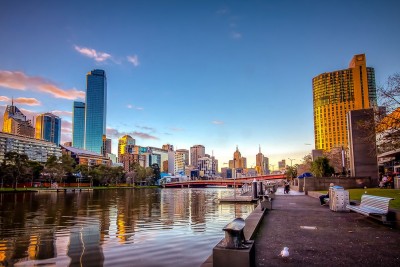 Melbourne remains the third most liveable city in the world, and just 2.5% percentage points short of perfection, according to the latest rankings by the Economist Intelligence Unit.

Ranking 140 global cities on 30 criteria covering stability, healthcare, culture, environment, education and infrastructure, the think tank of The Economist magazine gives Melbourne a score of 97.5 out of a possible 100, reports The Age.

Winter Olympics host, Vancouver, remains No. 1, scoring 98.0, despite its unfortunate lack of snow, while Vienna was ranked second with 97.9.

Harare, the capital of Zimbabwe, was judged the most unliveable city in the survey, with a total score of just 37.5. Dhaka, capital of Bangladesh, tied with Algiers as the second worst, followed by Port Moresby.

Half of the top 10 cities come from Australasia. Sydney was seventh, Perth and Adelaide equal eighth and Auckland 10th (with a 96.1 ranking).

Canada had three of the top five cities, with Toronto ranked fourth and Calgary fifth. London was ranked 54th, with a score of 88.4. European cities were ranked the most liveable by region, but only Vienna and Helsinki (sixth) made the top 10.

The unit highlighted the poor scores of cities hosting upcoming sporting events. Johannesburg, home of the 2010 FIFA World Cup, ranked just equal 92nd with a score of 69.1 - the same as Sao Paulo and Rio de Janeiro, the main hosts for the 2014 FIFA World Cup.