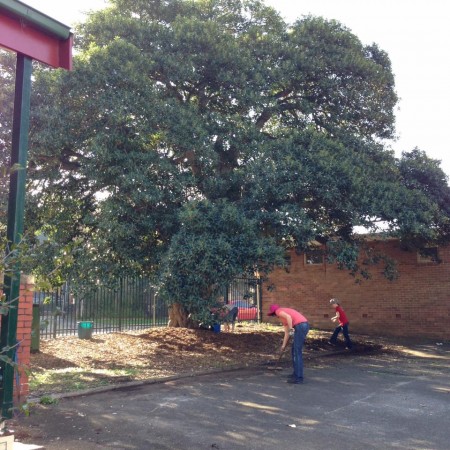 What started as a simple initiative to build a new school park has concluded with the announcement of two transformative projects - one in urban Sydney that will see an entire precinct benefit, and the other, an alternative school campus in the heart of Australia, where disengaged youth, including young parents, have the opportunity to return to school and finish their studies in a supportive and welcoming environment.

My Park Rules, developed by the Australian Institute of Landscape Architects (AILA) and the 202020 Vision, has announced Marrickville Public School and its surrounding community will be the beneficiaries of a $100,000 new park.

The high profile Jury of landscape and urban greening experts awarded Marrickville as the winning finalist as they felt, as Jury Chair, Kylie Legge from Place Partners, explains that “the community of students, staff and parents illustrated how the creation of a shared vision can also be a call to arms to ‘be the change you want to see in the world’.”

State MP Jo Haylen commented “I could not think of a more deserving winner than this school community. Teachers, students, parents and neighbouring residents have dreamt big and pulled together to make this happen.

“It’s so heartening to see hard work and creativity pay off and the whole community.” 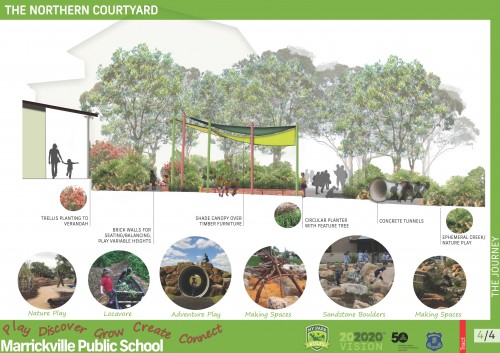 Landscape architect, Julie Lee from Tract who collaborated with the school to develop their winning design, commented “in working with the school community, we learnt about their challenges; 60% of the students come from ethnically diverse backgrounds where English is not the first language spoken at home, the school’s playground is directly under a major flight path and 65% of the population live in medium or high density dwellings compared to 40% in Greater Sydney.

“Despite this inner West area being known for its growing café scene and gentrification, there are still considerable social and environmental issues that need to be addressed and a new community park will play a part in creating long-term positive change for this area.

“We envisage Marrickville Primary School as part of a wider green network that offers an exciting place not only for the school, but opens up the space on weekends for broad community use in the form of functions, markets and events. Encouraging social enterprises empowers multiple uses of the space and also creates a culture of place rooted in social capital and identity.”

The Jury was also strongly compelled by the story behind Northern Territory state finalist, Alice Outcomes of Centralian Senior College teamed with CLOUSTON Associates, and decided to award a special Jury’s Prize to the Alice Springs school.

Commenting on this project, ALIA Chief Executive Shahana McKenzie stated “this is no ordinary school. The redevelopment of this space can change young lives and provide a bright future. The transformation of their learning environment will support disengaged youth, indigenous students and young parents to return and complete their schooling. We are committed to assisting this park to be realised through using the jury, existing sponsors and community support.” 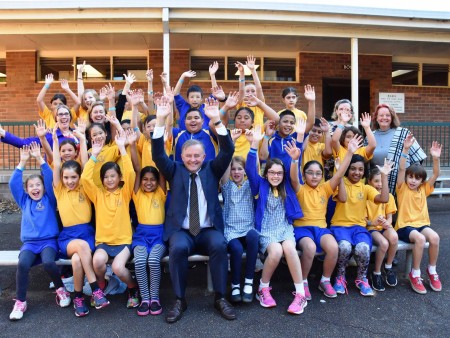 Jury Chair Legge added “when we learnt that sometimes temperatures in the school grounds can reach over 45°C, and looking at the current space that has little trees and shading to cool it, we knew that we couldn’t see this school go without a much needed well-designed green space.”

From here, My Park Rules is working towards an industry and community crowd-funding plan to build all of these parks, with McKenzie stating “we conducted this project around the country resulting in 100 entrants and over 35,000 public votes showing support for the initiative. What we have ended up with is not just eight parks that need to be built but hundreds around the country.

“We can see there is massive community demand for more well-designed green spaces to be placed into learning areas for children throughout Australia. This will not only benefit their health and wellbeing, but also help cool down warmer areas and mitigate the effects of climate change.”

My Park Rules often uncovered areas of high need during the competition, with Legge concluding “Marrickville PS is located in a highly urbanised area and in the Sydney Flight path (and) we are delighted that Sydney Airport has decided to commit further funds to seeing the entire park built.”

For more information go to www.myparkrules.com.au 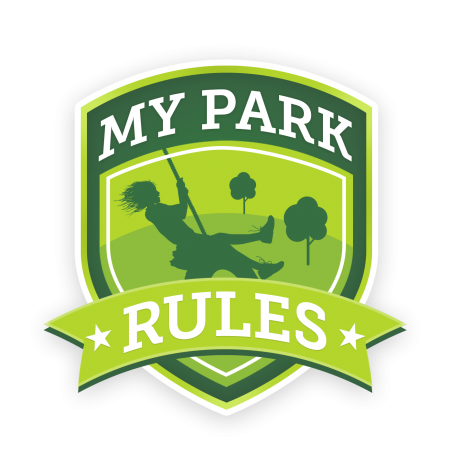 Winner - Marrickville Public School, NSW
Landscape architect: Tract
The Jury noted that the problems of the existing playspace were clearly conceptualised and transformation of the asphalt play area into an engaging, comfortable, playful and richly diverse environment using trees and plants responds directly to the needs and imaginations of the children.

Throughout the project there has been high levels of engagement in the process which has also led to the delivery of the first stage of the vision – an ‘Orchard’ zone with community food growing garden. The benefits of the Marrickville process and outcomes are many – from the direct improvement of student leisure time to an increased sense of connection within the wider school community – the Jury were impressed that the space would be open and inviting to the broader community. The design is practical and achievable - the jury were impressed by the creative use of existing materials and adaptive re-use for the space. The commitment from the community to participate in its ongoing maintenance and care is also testament to the holistic and engaging design process that has been undertaken.

The jury congratulates Marrickville Primary School as the national winner of the My Park Rules competition and see their process as a template for other active school communities to follow. Next steps: The jury noted that opening the new assets (eg community garden) to a wider community of users would build on the great work already achieved. 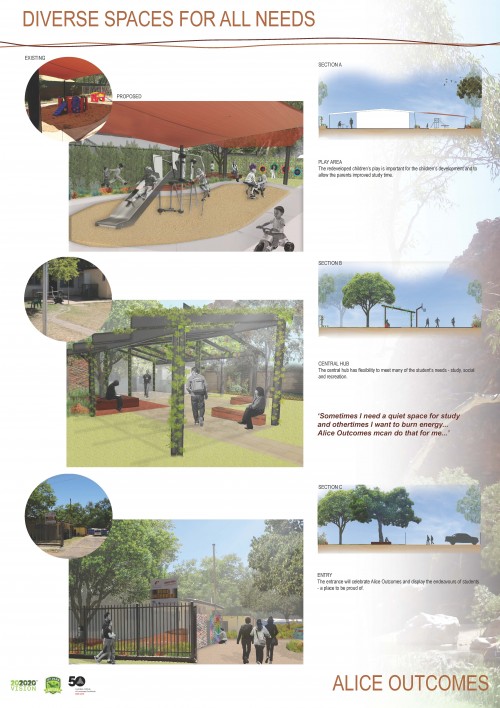 This project caught both the attention and hearts of the jury. It’s value as a landscape project was not only in making the educational experience more enjoyable but in its potential to change young people’s lives. The design for this outdoor area went beyond providing improved physical solutions, such as play areas for the children of students and extensive shading. It also provided an opportunity to build capacity among the students and broader community by actively involving them with the design, build and maintenance aspects of the space in an ongoing way.

The jury were captivated by the potential of this project to build a sense of belonging, ownership, empowerment and value. This type of catalyst project can act as a model for the community-led creation and delivery of the shared spaces of our towns and cities.

Next steps: The jury noted that the success of this project relied on the continued high levels of engagement and ownership of the design and project by the student body and wider community.

Highly Commended - Highgate Primary School, Perth, Western Australia
Landscape architect: UDLA
The West Australian State Winner said it all when they noted that they ‘were already winners as they had their long term plan for change’ school’s strategic approach to the pressures of growth provides them with a clear framework for their future. They were able to articulate their school’s short and long term challenges, think creatively about solutions and develop a landscape masterplan and staged delivery plan. The design builds on the existing assets of significant trees to create series of outdoor rooms suitable for many purposes that help define the different school zones. The design plans seem thoroughly achievable and took full advantage of existing natural assets.

The Highgate submission provides a model for other schools facing external pressures from local population growth. It illustrates that schools can be proactive in developing their own strategic vision for change. The jury was particularly impressed by the leadership afforded to the children throughout the design process and the way in which the Landscape Architects facilitated and translated this creativity into the final designs.