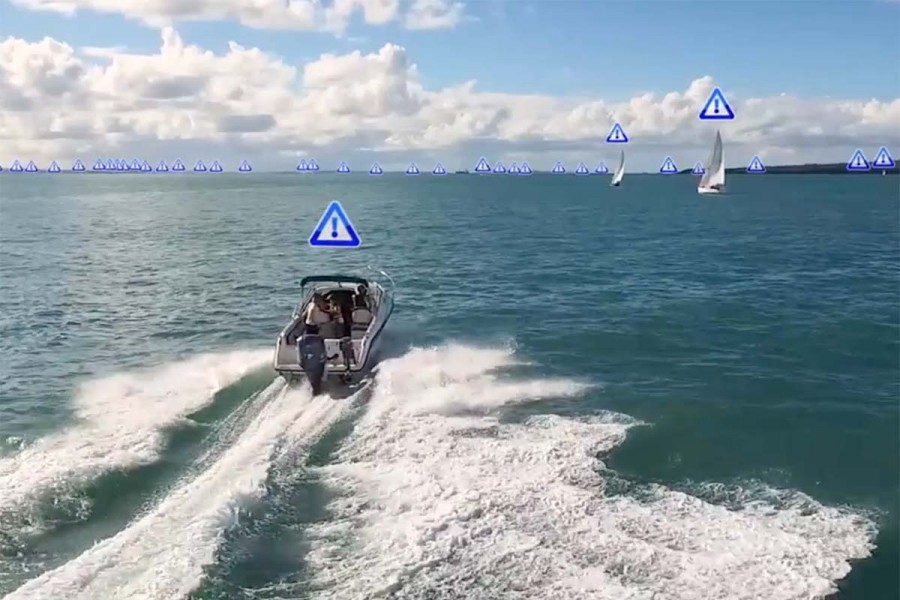 The award, for Best Use of Technology, was for geo-fencing digital advertising initiative ‘Virtual Coastwatch’.

Acknowledging the Award, Maritime NZ acting Director Nigel Clifford advised "it’s great that the campaign is still being recognised for increasing the number of Kiwi boaties who wear lifejackets by promoting the safety benefits. Five years after its launch the campaign is helping to save lives."

The gold award was one of only five Best of 2017 Awards presented at the festival and follows on from the gold award won at the 2017 Asia Pacific Festival of Media Awards.

Along with advertising on mobile apps, marketing and face to face compliance, the Virtual Coastwatch initiative has helped increase the number of male recreational boaties - the most resistant group - wearing lifejackets.

Research carried out by Maritime NZ in 2017 showed more than three quarters of boaties say now that they wear their lifejackets all or most of the time.

The creation of a world-first, digital geo-fence around the whole of New Zealand’s coastline two years ago, saw reminders to wear their lifejackets being sent to boaties while they were on the water, via their mobile devices.

Virtual Coastwatch uses GPS to identify mobile devices within a mapped area - within 15 kilometres of the coast. It automatically sends a safety message about wearing lifejackets via Facebook, Instagram, Google and 24 different advert networks.

More than five million messages were sent to boaties last summer, reminding them to “Get their lifejacket on".

While the recreational boating fatality rose from 13 in 2016 to 20 in 2017, Clifford is seeing that lifejacket wearing is becoming a more normal part of boating, adding “it also shows that Government is using innovative technology to get safety messages out to Kiwis."