Mario O. Mamon assumes role as 2014 IAAPA Chairman of the Board 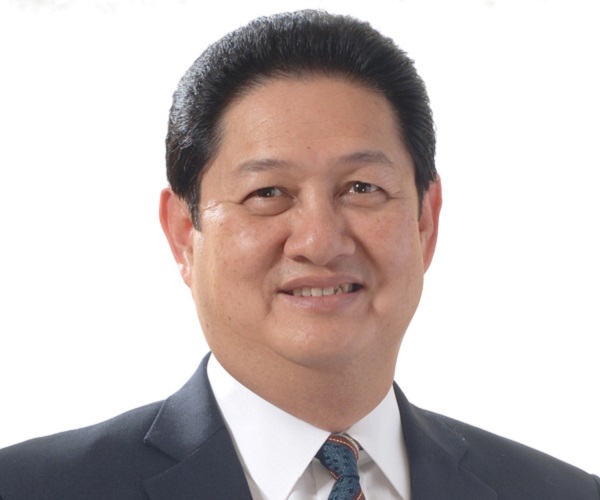 Mario O. Mamon, Chairman and President of Enchanted Kingdom amusement park in the Philippines has taken up the role of Chair of the board of directors of the International Association of Amusement Parks and Attractions (IAAPA).

In chair the worldwide trade association's board of directors, Mamon becomes the first IAAPA member from the Asia-Pacific region to chair the association in its 95-year history.

Mamon (pictured) has been involved in the attractions industry since 1992 when he conceptualised and managed the construction of the Enchanted Kingdom. In 1999, Mamon, Enchanted Kingdom's Chairman of the board, was also named President and Chief Executive.

Since 1992, Mamon has also been an active volunteer in IAAPA, has spoken at several of the association's trade shows in Asia and was a member of the IAAPA Board of Directors from 1999 to 2002 and again since 2011. He was also a member of the membership committee, the conference and trade show advisory committee, service awards committee, Asian Attractions Expo education committee, governance task force, strategic planning committee, and is the immediate past chair of the association's advisory committee for the Asia-Pacific region.

Mamon is the president of PhilAAPA, immediate past president of the Laguna Chamber of Commerce & Industry (LCCI), and is the vice president for membership of the Employers' Confederation of the Philippines (ECOP). He is a member of the Management Association of the Philippines (MAP) (the leading association of CEOs in the country), and of the influential Makati Business Club (MBC). He is also a founding trustee of various business associations in the area around Enchanted Kingdom including the Calamba City Business Club, Santa Rosa City Business Club, Laguna Tourism Federation, and the LINK-IT Foundation.

Mamon is a trustee of his alma mater's alumni foundation at the University of the Philippines at Los Banos (UPLB) College of Economics and Management. He also received the university's Distinguished Alumnus Award for Entrepreneurship in 2008. In 2006, Mamon received the award for excellence in business communication from the International Association of Business Communicators (IABC) in the Philippines. In April 2012, Mamon was also chosen as one of the outstanding alumni for business by his high school alma mater, De La Salle Lipa. Mamon was a finalist in the Ernst & Young Entrepreneur of the Year awards program in 2013; the prestigious honor recognizes outstanding Filipino entrepreneurs and showcases their successes to inspire other business leaders in the Philippines.

The IAAPA Board of Directors elected the following officers for 2014:

Founded in 1918, IAAPA is the premier trade association for the attractions industry worldwide and is dedicated to the preservation and prosperity of the attractions industry. Today it represents more than 4,500 facility, supplier, and individual members from more than 90 countries. Member facilities include amusement/theme parks, water parks, attractions, family entertainment centres, zoos, aquariums, museums, science centers, resorts, and casinos.

For more information go to www.IAAPA.org