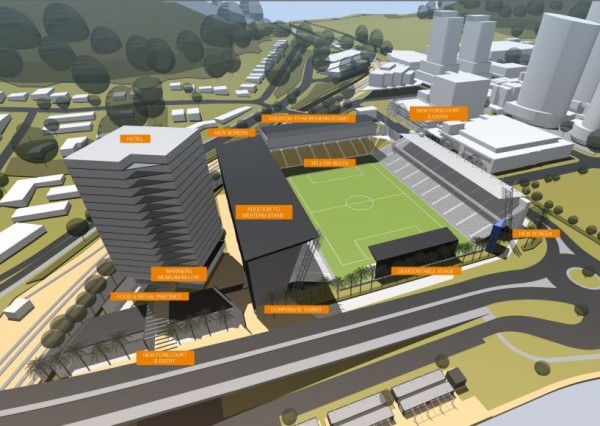 The Central Coast Mariners have unveiled an ambitious vision for Gosford’s Central Coast Stadium that aims to transform the venue into an international standard sport, entertainment and tourism hub.

The plan suggests that following the upgrades, Central Coast Stadium would be in contention to host concerts, bigger events and trade seven days a week through café and retail precinct.

The concept also includes a hotel with unmatched views of Brisbane Water.

Mariners’ owner Mike Charlesworth has instructed the A-League club to formally present a management rights proposal to council, citing concerns that the current business model does not facilitate best practice which contributes to the lack of growth and improvement of Central Coast Stadium.

A statement from the Mariners explains “Central Coast Stadium was officially opened in February 2000 and has remained relatively untouched during its 17-years-of-existence which has resulted in the venue become dated and in need of immediate attention.”

Envisaged as a five stage development, the main components of stage one of the upgrade would include:

To encourage investment into the Central Coast Region, the club’s concepts for Central Coast Stadium fall within a broader campaign that promotes #GrowthForGosford encouraging all community leaders, politicians, developers and anyone that has a vested interest in the growth of Gosford to stand up and present their vision for a better Gosford. 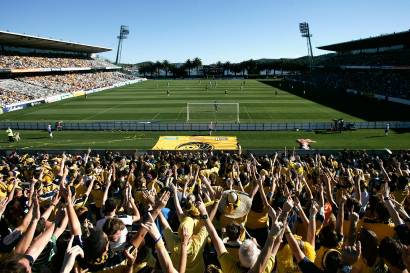 The Central Coast Mariners next home A-League game against Perth Glory on 28th January  will be dedicated to the vision to grow Gosford and the club is formally inviting anyone who has a view for Gosford to present at Central Coast Stadium on game day.

The aim is to not only present the Central Coast Mariners’ vision for Central Coast Stadium but unite all stakeholders who believe in #GrowthForGosford.

“A necessity for our region is the improvement of Central Coast Stadium that is the only flag bearer for major infrastructure development in Gosford’s CBD over the past 17 years.

“Whilst there are certainly some hurdles ahead, we are confident there are also solutions. We cannot do this alone and need the stadium and infrastructure to grow if we have any chance of fulfilling our potential.

“New revenue opportunities presented by the stadium will empower us to invest long term towards our football resources. Our football will reap the rewards of the club’s growth and it is important to understand that this is a long term play for us to compete with the big four clubs who are growing bigger and faster every day.

“Unfortunately, in the last 17 years the only thing that has changed at the stadium is the height of the palm trees. Whilst it is the small day-to-day things that hinder events at the stadium such as a poor sound system, long bar and canteen lines, accessibility and weather protection – these frustrations, if unaddressed, are merely the tip of the ice-burg.

“The worst thing that can happen is nothing. Our main priority is to drive change and growth. If the Mariners aren’t going to do it, then who is?

“The stadium is now and will always be our home. Like any home, the stadium can get tired and need some love and energy injected to keep it thriving.”

Community views on the development can be emailed to info@ccmariners.com.au