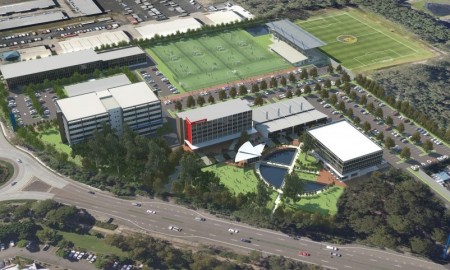 The recently opened second stage of the Central Coast Mariners Centre of Excellence at Tuggerah combines a range of facilities that will not only back the A-League team but the wider NSW Central Coast community.

Opened by Australian Prime Minister Malcolm Turnbull along with local dignitaries and club officials at the beginning of March, the six-storey structure includes two levels of medical suites; four stories of leased office space (including the Mariners’ new administrative base - CCM HQ); 140 additional car spaces and a café.

Part of the club’s ongoing masterplan for the site, a significant element to the new office structure is ‘Mariners Medical’ which comprises the entire bottom floor of the six-storey office structure and includes GP services; a skin cancer clinic; physiotherapy; pathology and other specialists services. 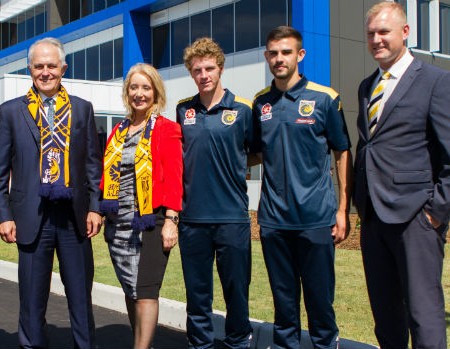 While backing the Mariners football and back office departments the new facility is part of a growing precinct that is hoped will not only boost the club and local sport but will be a state-of-the-art facilities that will host international and domestic sporting teams.

Commenting on the development, Mariners Chief Executive Shaun Mielekamp stated “the Mariners Centre of Excellence has been a vision for this club since our inception 11 years ago.

“The Centre of Excellence Masterplan is also unveiling here today and showcases the potential of this complex to become one of the most iconic and unparalleled sporting facilities in NSW.

“Our goal at the Central Coast Mariners is to become the most innovative, entertaining and community minded sports brand in Australia. This is no easy feat and we are well on our way to achieving this goal.”

Speaking at the opening, Prime Minister Turnbull stated “this precinct, a world-class-sporting centre (is an example of the) type of entrepreneurship, investment and innovation is what will secure our prosperity in the 21st century.”

Later stages of the Centre of Excellence will include a fitness facility and function rooms, an indoor sports facility with a spectator viewing deck, an 80-room hotel and 80 serviced apartments, an outdoor entertainment precinct and Mariners Pub, new training pitches and a 1,200 seat stadium, tennis courts and childcare facilities.