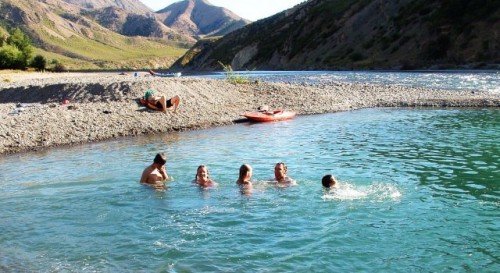 Conservation group Forest & Bird has released a series of maps showing that the majority of New Zealand’s rivers and streams will not be covered by any swimmability standard, under the Government’s proposed new water quality measures.

Forest & Bird’s Chief Executive Kevin Hague “Environment Minister Nick Smith has said that 90% of New Zealand’s rivers will be swimmable by 2040, but actually the majority of our smaller rivers and streams are excluded from the proposed standards.

“While most debate has so far focused on how valid the Government’s proposed test of swimmability is, most New Zealanders won’t have realised that what the proposals really mean is that up to 90% of rivers and streams won’t be required to meet any level of safety for human health.

There are 450,000 kilometres of mapped streams and rivers in New Zealand, but only 45,000 kilometres (just 10%) of them are covered by the Government’s proposed new National Policy Statement on Freshwater.

Only larger ‘Fourth Order’ rivers (blue rivers on Forest & Bird’s maps) must meet the proposed swimmability standard. It will be up to regional councils to set E.coli limits for lesser order tributaries of those big rivers so that the lower 4th order reaches are safe for human contact. In effect this means that only some tributaries of these big rivers may be managed for human contact, and many may not be.

For those streams and rivers that never feed into a fourth order river, of which there are many, they are simply exempt from any standard whatsoever.

Hague added "given the popularity of many of these rivers and streams, this places Kiwi families at an unacceptable risk of contracting illness.

“Minister Smith has given New Zealander’s the impression that 90% of our waterways will be required to meet some kind of swimmability standard, but the reality is that the majority of our streams and rivers will not be required to meet any health standard at all.”

River categories
New Zealand rivers are classified according to a hierarchy determined by the number of tributaries. The first tributary is 1st order. After two tributaries join they become a 2nd order stream. When two of these join they become a third order. The Government’s proposed standard applies to orders four and above.

Where lower order tributaries feed into big (fourth order) rivers, those tributaries may need to be managed in order to achieve the standard downstream. Because fourtth order rivers are so big, many of their tributaries could be very polluted and still not impact on the quality of the lower reaches. In this situation, the proposed NPS does not require those polluted tributaries to be made safe for human contact.

E.coli
E.coli in water comes from animal faeces, and therefore large quantities of E.coli relate to high levels of excrement in the stream. The presence of E.coli also correlates to nutrients such nitrogen and phosphorous that impact on ecological health of waterways. 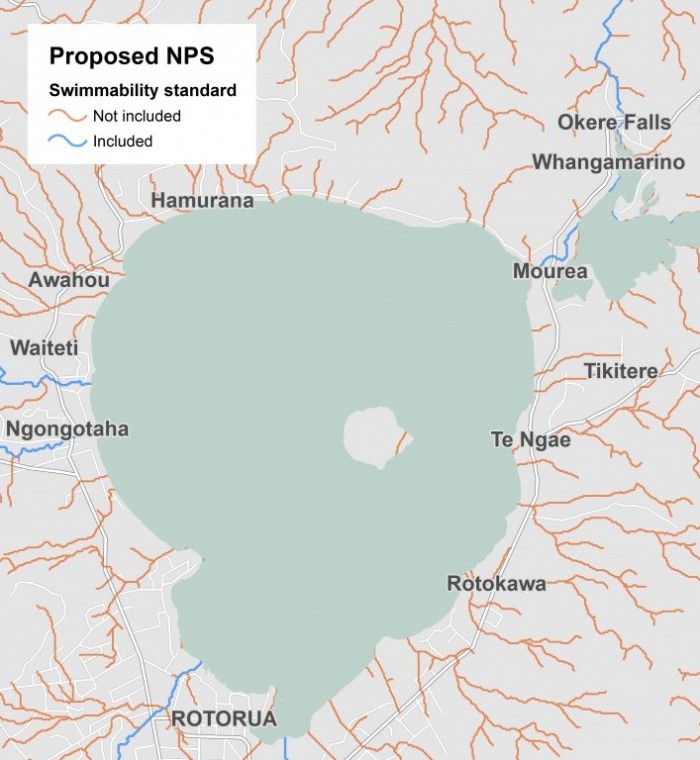 Regional examples of rivers and streams excluded from new standard:

Hawke’s Bay
• The stream flowing beside the popular Waipatiki Farm Park north of Napier will not be covered
• Waipuka Stream at Ocean Beach won’t have to meet the standard. Waipuka is a popular swimming place and suffers from water quality issues
• Maraetotara Falls

Banks Peninsula
• None of the waterways draining into either Lyttleton or Akaroa Harbours
• All other waterways on the peninsular except Opara Stream, Takiritawa River (into Lake Forsyth), and the Kaituna River

For more information go to www.forestandbird.org.nz