Mapei the power beneath the 2017 Burnie International 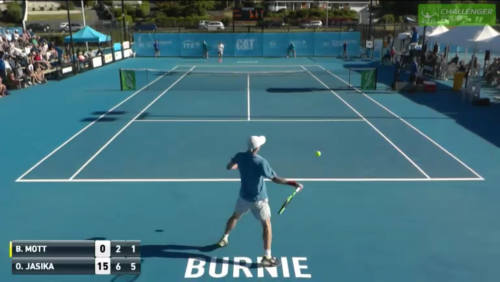 Held earlier this year, the 2017 Burnie International tennis tournament not only provided sporting spectacle but also served as a showcase for the Mapei Mapecoat TNS surface.

Created in 2003 as the McDonalds Burnie International, the event has been held every year except 2016 when the courts were closed for a major upgrade. 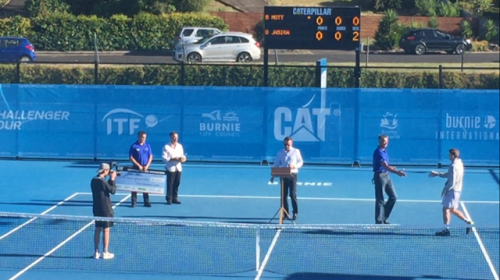 Completed in ‘Australian Open blue’ the upgrade was welcomed by executives from the Association of Tennis Professional, the International Tennis Federation, Tennis Australia, the Club and players and officials of the tournament.

Commenting on the project, Mapei Australia Pty Ltd National Product Manager Neil McIntosh explained “it was amazing to be a part of the tournament and it was even more pleasing to receive positive feedback from the people who counted - the players and officials.

“For Mapei it was a significant step in the right direction to competing in the main arena of tennis within Australia.”

Part of the growth of the Mapei Mapecoat TNS product range has not only been to secure tennis courts and multipurpose courts around Australia but to also attain prestige projects. 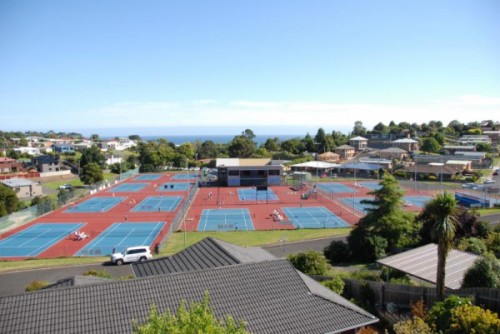 McIntosh adds “for this reason it was extremely satisfying and important that the Burnie International was completed in the ‘Mapecoat TNS’ product. “

For more information on MAPEI’s Mapecoat TNS system click here to contact Mapei via their listing in the Australasian Leisure Management Supplier Directory.