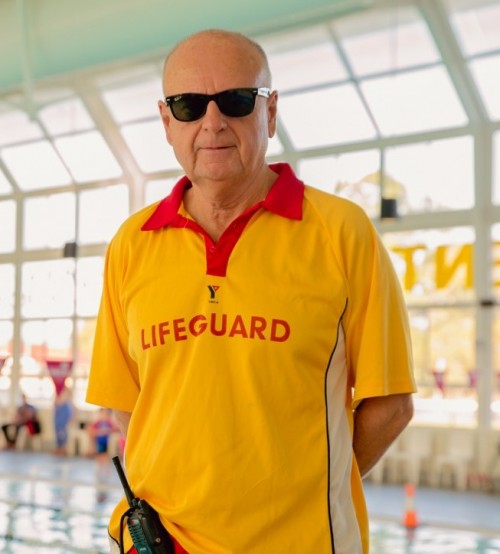 YMCA NSW has welcomed the recognition of the Manning Aquatic and Leisure Centre’s Mark Rutledge as Australia’s best lifeguard.

The team leader at the YMCA NSW run centre was named the Aquatic and Recreation Institute’s ‘Lifeguard of the Year 2016’ at a recent event in the Hunter Valley.

A former police prosecutor and sergeant, Rutledge’s colleagues nominated him for the award noting his unique professional skill set and the way he approaches his job with calm and confidence.

Welcoming the award, Rutledge stated “it certainly is an honour to be named the Lifeguard of the Year – it means a lot to me.

“And I think the award reflects on the whole team at the centre, from our Manager right through to all the lifeguards that I have the pleasure of working with.”

YMCA NSW Chief Executive Leisa Hart congratulated Rutledge on his achievement and thanked him for his ongoing contribution.

Hart commented “Mark is a highly respected member of the YMCA NSW team and often volunteers his time to mentor others, or help out during special events at Manning Aquatic and Leisure Centre and to make sure the facility is at its best for swim club competitions.

“It’s people like Mark who make our organisation and our community great. I offer my hearty congratulations to Mark on being named Lifeguard of the Year and thank him for all his efforts.”