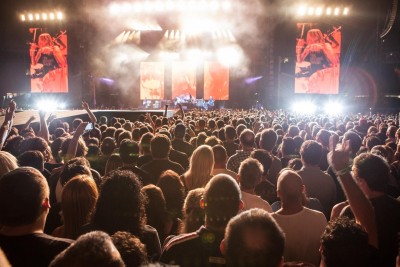 Etihad Stadium Chief Executive Michael Green has reiterated that the Melbourne venue will continue to operate as a multi-purpose entertainment venue hosting a broad range of sports and entertainment events after the completion of its acquistion by the AFL.

Responding to media reports that the AFL will look to preserve the venue's playing surface by halting live entertainment events, Green said it appeared that there had been a "misinterpretation" that the purchase of ownership of the stadium by the AFL meant that events such as major concerts would be excluded from the annual events calendar.

Green explained "this is absolutely incorrect.

“The intention of both the AFL and Etihad Stadium’s management is to grow our business and to capitalise on the demands and interests of patrons for both world class entertainment and sporting events.

“We have already scheduled Coldplay and Justin Beiber concerts in the coming months.”

“We will continue to aggressively pursue entertainment events to complement our AFL, Melbourne Victory and Melbourne Renegades and other sporting events."

Over 17 years Etihad Stadium has hosted some of the world’s biggest international entertainment acts including U2, Robbie Williams, Bon Jovi, AC/DC, Andre Rieu and the Royal Edinburgh Military Tattoo and many others.

It is expected that the AFL will formally take over the ownership and management of the venue early next month.

In 2014, US music magazine Billboard ranked Etihad Stadium as the third most successful stadium for entertainment in the world.