Malcolm Speed to head new Board at Cycling Australia 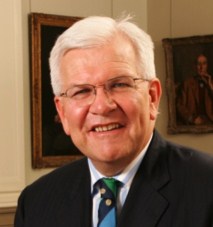 Speed will lead Cycling Australia's overhauled board as the governing body, with the backing of recapitalisation loan, looks to recover from a poor financial position.

The new board represents a radical shift from Cycling Australia's old board structure, which featured directors with extensive experience in the sport at all levels.

Cycling Australia’s financial predicament came about when a joint commercial venture, which was supposed to capitalise on the sport's ongoing boom in popularity, backfired badly.

With the organisation virtually insolvent, the Australian Sports Commission launched an independent review into cycling at the end of 2012.

Wood handed down his findings in January 2013, resulting in a range of recommendations and the departures of President Klaus Mueller and long serving Chief Executive Graham Fredericks followed.

Subsequently, Ryan stepped in as interim President while former AFL executive Adrian Anderson acted as interim Chief Executive to untangle and then dismantle the commercial agreements to stem the heavy cash losses and fractured relationships.

The pair also delivered on Cycling Australia’s undertaking of a range of governance reforms earlier this year, bringing it into line with the Australian Sport Commission’s mandatory sports governance principles.

Speed, who is also the former Cricket Australia Chief Executive and is the current Executive Director of the Coalition of Major Professional and Participation Sports in Australia

He takes over the Cycling Australia’s presidency on a three-year term.