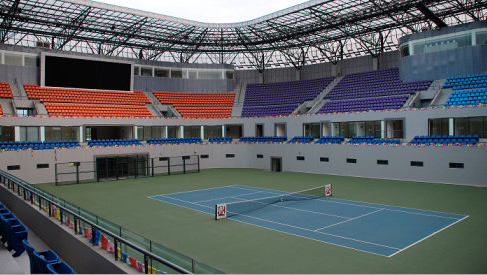 The ATP has announced that the Malaysian Open, Kuala Lumpur tennis tournament, scheduled to run from 26th September to 2nd October this year, has been cancelled and that the event will be relocated as an ATP World Tour 250 tournament to Chengdu in China.

Beyond advising the change was made “following ATP Board approval of the relocation request by tournament owners IMG”, no reason has been given for the cancellation and relocation.

The new event is now billed as the Chengdu Open with the ATP Tour website stating “the inaugural edition of the Chengdu Open will be contested on outdoor hard courts from 26 September - 2 October, joining Shenzhen, Beijing and Shanghai as Chinese hosts during the ATP World Tour's Asian swing.”

The loss of the ATP World Tour event is another blow to Malaysia’s reputation as a location for hosting sporting events.

In June, Supercars’ planned 2016 race in Kuala Lumpur was cancelled, apparently due to an ongoing legal dispute involving the Malaysian promoters of the event, while in December last year the 2015 Women’s World Squash Championships were also not held.

The cancellation of the Squash Championships came as a result of a dispute between the event's promoters and the Malaysian Government over funding and security.

At the time of the Squash Championships’ cancellation, Asia Sponsorship News highlighted a series of other events having cancelled or reduced in size and questioned Malaysia’s credibility as a host of sporting events.

The venue in Chengdu boasts a modern facility with a centre court capacity of 6000, two additional show courts with 2,000 seats each, and a total of 20 hard courts and 12 indoor courts. The venue has previously hosted an ATP Champions Tour event in 2009, featuring Pete Sampras, Michael Chang, Marat Safin and Carlos Moya.