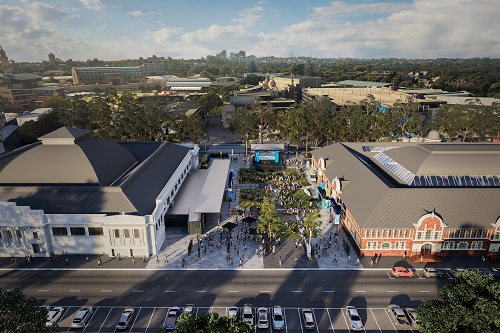 Two of Sydney’s landmark venues - the Hordern Pavilion and Royal Hall of Industries (RHI) at Moore Park - are to be revitalised as part of a plan that will link community, live entertainment and high-performance sport.

The NSW Government has announced that it has approved a $65 million plan by The PlayOn Group to "preserve and enhance" the buildings with the Hordern Pavilion securing its future as a live music venue while the RHI will be repurposed as a new headquarters and  community centre for the Sydney Swans.

The RHI will also be the new home of the NSW Swifts Netball Club, Sydney Swans Academy, a base for the future Sydney Swans AFL Women’s Team and Adam Goodes’ and Michael O’Loughlin’s GO Foundation and Clontarf Foundation for indigenous education, along with serving as an Australian Red Cross Blood Service donation centre.

With $20 million backing from the NSW Government, the joint venture redevelopment will commence from May 2019 when Playbill Venues will begin the revitalisation of the Hordern Pavilion. 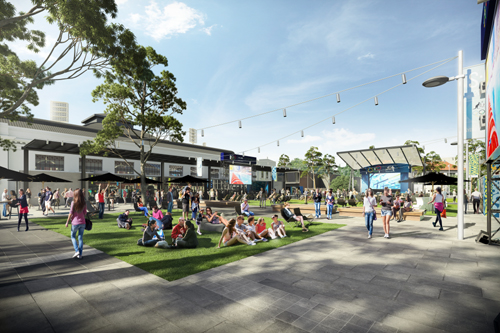 Playbill Venues Managing Director Michael Nebenzahl labelled the plan as a victory for Australia’s live entertainment scene, stating “we’ve seen many venues close their doors in recent years, so we’re thrilled to have this opportunity, in partnership with the Sydney Swans, to protect the future of the Hordern.

“As custodians of the Hordern for the past 18 years, Playbill Venues understand this building is an essential part of Sydney’s social and cultural fabric.

“The Hordern is an iconic venue, where fans recall their first gig with enthusiasm and Australian performers have always aspired to play.”

“Playbill Venues is investing $10 million in a significant capital works upgrade to protect the Hordern and enhance its role as a premier live music and entertainment venue.”

“Our vision is to create a multipurpose space with the versatility to host a wider variety of events and performance options including concerts large and small, theatre and entertainment, exhibitions, functions and launches.”

“With our PlayOn Group partner, the Sydney Swans, we will activate the shared outdoor space between the two buildings - the Entertainment Plaza - creating a vibrant destination for sport, culture and entertainment.”

“As part of this project, we plan to open this area to the community, creating a new gateway to the 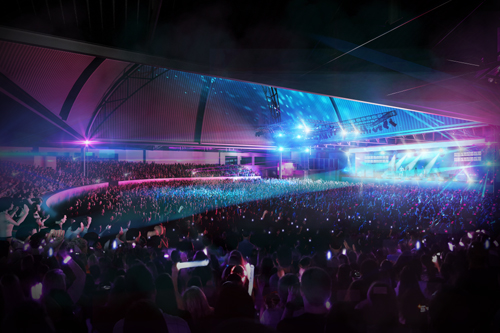 Entertainment Quarter and connecting it with Sydney’s Light Rail. It’s about balancing the needs of the community, live entertainment and high-performance sport for the benefit of all Sydneysiders.”

Commenting on the project, NSW Premier Gladys Berejiklian added “this exciting new project will create a vibrant community place that respects the great cultural, architectural and heritage significance of these iconic venues.”