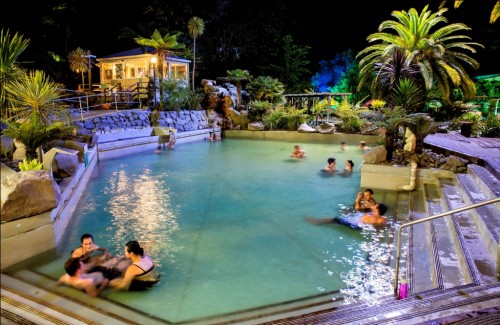 Record demand is boosting confidence across New Zealand holiday parks, with operators investing millions to ensure the growth is sustained.

With a record 6.87 million guest nights in the year ending September 2015, 10s of millions of dollars are being spent on labour, rates and compliance, marketing, products and services, according to Holiday Accommodation Parks Association New Zealand (HAPNZ) Chief Executive Fergus Brown.

Brown explains “that's in addition to the $1 billion international and domestic holiday park guests spend directly in local economies on accommodation and a range of other products such as food, retail, petrol and visitor activities. Of this $1 billion spend, only some 20% is spent on accommodation.”

Lloyd Lusty who has owned and operated the park with wife Trish since 1996, comments “it will be the largest swimming pool in private hands with the first ‘swim-up' bar in any complex in New Zealand, and a huge LED movie screen.

"We are also future proofing by investing around $65,000 in fibre optics throughout the park, which is enabling us to offer guests things like ultra-fast broadband and movies on demand."

New Zealanders account for about 80% of the park's guests and Lusty says there has been a big change in what domestic visitors expect from a holiday park.

He adds “Kiwis have become more discerning in their holiday options and enjoy some of the home comforts and a bit of luxury when they stay. As a result we have upgraded our accommodation units to 40, and all but five are self-contained, which has increased our net cash flow by over 50%, also reduced the number of sites and increased the site sizes allowing for the increase in tent/caravan sizes.

“Over the next few years we are planning to get into higher priced accommodation and reduce some camping sites."

Less than five kilometres away, Taupo DeBretts Spa Resorts has transformed from dilapidated motels and camping ground with long-drop toilets when Barry and Carol Kirkland bought the business 28 years ago to five-star facilities, including a large outdoor thermal pool complex, waterpark and spa. 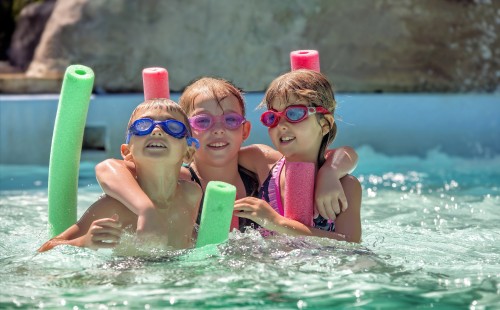 Barry Kirkland comments “this year has been nothing short of outstanding, with the opening of two new hydroslides, unprecedented growth in visitor numbers and the winning of three national awards.”

He credits their very successful year with the investment they make in both facilities and staff, continuing “we’ve spent more than $2 million in the resort over the last few years and our new facilities have given us a point of difference, appealing to both domestic and international visitors.

“Our investment is driven by what visitors want and our new ‘Blue Crush’ and ‘Gold Rush’ hydroslides and accommodation facilities have hit the mark. We’ve also invested in upskilling staff to ensure visitors get the best possible experience.”

Kirkland adds that strong social media marketing is also contributing to visitors extending their length of stay in the region, stating “we have also made a strong investment in social media to make people more aware of the wide range of experiences Taupo offers, giving them reasons to stay longer and spend more.

“Longer stays have a positive effect on the local economy as a whole, with visitor spend up 7.8% in the last year.”

He says more large-scale development is planned for the coming year, saying “our investment is pumping in excess of $2 million annually into the local economy through wages, consumables, council fees, goods and services and sponsorships, plus the $12 million plus our visitors spend in the region during their stay here.”

Aflallo comments “computer systems improvements let staff extract more information about our guests and have resulted in a much more efficient business.

"We also invest in new facilities all the time, responding to visitor trends. Four years ago we built 16 new cabins worth $1.2 million and we just built a $500,000 heated pool."

The park employs up to 50 staff over summer, dropping to 30 in the shoulder and winter seasons.

Brown says seasonality is one of the sectors biggest challenges, which is why operators like Kennedy Park have put in heated pools, restaurants, bars and conference facilities to attract guests during the quieter months.

Brown adds “we have the most extreme seasonality curve of any commercial accommodation sector with one peak season in January and what we call 11 months of opportunity." 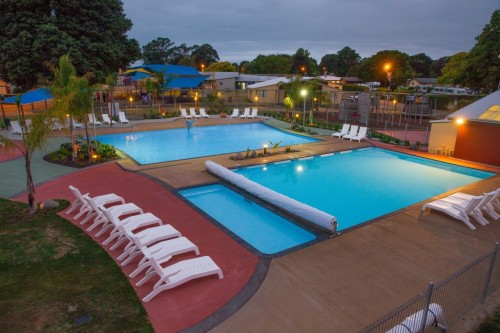 Papamoa Beach Resort in the Bay of Plenty is one of the most recent of 50 HAPNZ Parks to put in a conference facility catering for groups of up to 100.

It also spent $1.3 million on two large ‘baches’, able to sleep groups of ten or extended families. The Resort is striving to be an all year round business as opposed to the traditional seasonal summer beachside holiday park.

"Holiday parks are very important to local economies as an employer. They provide around 2,500 jobs, mainly in provincial areas where work can be hard to find, like Northland where we have 38 parks."

Seasonality is a big challenge for Motueka TOP 10 Holiday Park, says Jeanette Edwards who has owned the park with husband Steve for 12 years.

Continuous investment over those years has more than doubled the park's self-contained accommodation to 48,000 guest nights but the majority of those guests come over summer.

While a conference room has brought in some new offseason business, Jeanette Edwards says attracting more events to the South Island town would make a real difference.

She explains “a couple of years ago we had a schoolboy rugby tournament so were very busy for a week in August that would usually be extremely quiet."

The Edwards recently put a manager into their Motueka Park so they could take over ownership of Queenstown TOP 10 Holiday Park. A key reason for the move was the resort town's two peak seasons - summer and winter.

Unlike parks in many other regions, almost 85% of Creeksyde's business is international visitors, and Erna Spijkerbosch says this year has seen a resurgence in Americans and huge growth in Asian visitors. 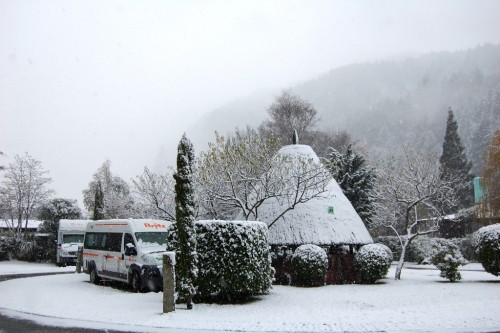 Finding staff is a big issue for Queenstown's tourism industry, so Creeksyde has worked hard to be known as an employer of choice, offering a core team of 18 permanent employment and guaranteed hours, retraining staff, having accommodation options, paying above the industry average, and being very environmentally focussed – 13 years EarthCheck certification - which means staff don't need to work with chemicals.

The Spijkerboschs have a 'financial finger' in five holiday parks, and insist that ongoing investment is necessary to keep up with customer expectations.

In what's probably a first for any holiday park in the country, Creeksyde recently built a new ablution block that uses clever photography and paint effects to create a ‘day spa’ environment for the females and a Speight’s Ale house for the men.

Spijkerbosch sees that such investment is helping boost occupancy and profitability, which is almost at its 2008 peak, concluding “we are very, very busy and pumping money back into our local economy."

For more information go to www.holidayparks.co.nz