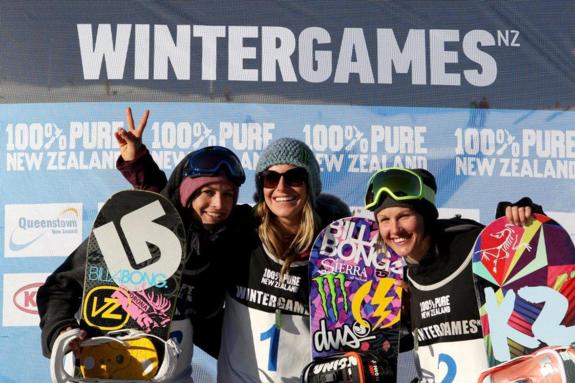 Winter Games New Zealand is a bi-annual event held in the Southern Lakes district that attracts some of the world’s most elite snow sport athletes. Investment in the next two Winter Games will support the events goal to become one of the top three snow sports events in the world and continue to profile New Zealand internationally as a premier winter destination.

Minister Joyce explained “this event generates excellent international exposure for New Zealand, showcasing some of our most spectacular scenery. The Games also deliver a significant economic boost for the country as many of the athletes choose to stay for an extended period of time to train in New Zealand in the lead up to their event.”

A post-event analysis by the Ministry of Business, Innovation and Employment showed that in 2013 the event generated $7,804,146 in net economic benefit for New Zealand.

Minister Joyce added “further investment through the Major Events Development Fund will ensure this event continues to achieve success, while building a platform to become independent of Government support in the future.”

The Minister stressed that no other programme combines so many winter sports in one event at a World Cup or Continental Cup level.

She concluded “the Winter Games is also the only elite winter snow sport competition in which able bodied and adaptive athletes compete alongside one another. Remarkably, 17 athletes that competed in the 2013 Winter Games New Zealand went on to win medals at the 2014 Sochi Winter Olympics, including five golds.

“Winter Games New Zealand is a home-grown event that is consistent with the Government’s strategy of investing in events that deliver economic results and successfully showcase New Zealand internationally as a desirable visitor and major events destination.”

For more information go to www.wintergamesnz.com