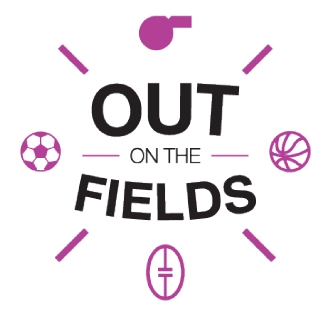 Australia's major sporting codes say they will develop policies to help eliminate homophobia in sport after an international study found the vast majority of gays and lesbians did not feel accepted.

Nearly 9,500 people took part in the largest international study on homophobia in sport, involving the UK, US, Canada, New Zealand and Australia.

The study found nine out of 10 young people felt they could not be honest about their sexuality, with many citing discrimination from coaches and officials as the main reason for keeping it a secret.

Australia had the highest number of gay men who believed they were not ‘at all accepted’ in sport with 13%, compared to Canada at 5%.

The study was commissioned by the Bingham Cup gay rugby competition and a coalition of other sporting organisations.

The study's convenor Andrew Purchas said he was surprised the results were so poor, but the major sporting codes - Cricket Australia, AFL, NRL, Rugby Union and Football Federation Australia - were taking the issue seriously.

Purchas explained “we shared the preliminary results with them over the last month or so and I'm very encouraged to say that they understand the problem, they take it very seriously and they're committed to improving it.”

Purchas said the codes had committed to developing a Pride in Sport index that would provide a benchmark for the level of inclusiveness of each sport.

The codes has also undertaken would work with the Human Rights Commission and the Australian Sports Commission to develop the index.

Purchas added “there needs to be policies and programs put in place by the sporting codes to not only ensure there's no homophobic activity, but also that they create a positive and inclusive environment.

"There also needs to be bottom-up, grassroots activity to let people know there is no place for homophobia."

Cricket Australia said it welcomed the study and was committed to implementing the Pride in Sport index.

In a statement, Cricket Australia Chief Executive James Sutherland explained “the findings of the study are concerning.

"But the support of the study by Australian cricket – and sport more broadly – shows we are eager to better understand homophobia in sport and take action against it."

Purchas said there was still a long way to go to stamp out homophobia in sport, concluding "I think this identifies there is still a residual problem around sport that perhaps isn't the case in the rest of society.

"We've seen the way things have changed in broader society. We have more athletes coming out after they've finished sport.

"It's a generational process. What's important is that sports take an active step in ensuring they create an inclusive environment."