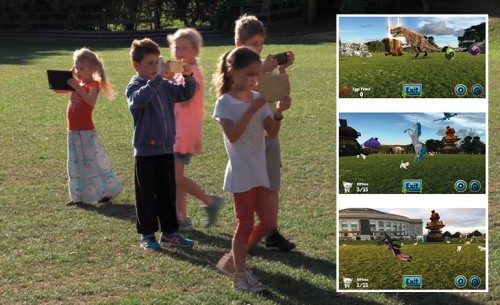 A new augmented reality experience aimed at getting children outdoors and interacting with the natural environment is being backed by the New Zealand Recreation Association (NZRA).

Utilising a mobile device and the Magical Park app, users create a blended virtual world seen through the app once they enter the boundaries of the magical park.

Specifically aimed at engaging children aged from six to 11 years, Magical Park offers smartphone or tablet-based experiences: Augmentia and Dino Land. In Augmentia, children explore the park on their device while rounding up kittens, and in Dino Land, they must collect eggs while avoiding the fearsome Tyrannosaurus rex.

The games were trialled over a three month period last year at a number of parks in Wellington, Auckland, Porirua and the Hutt Valley.

“Anything that gets people out and about, we’re interested in.” 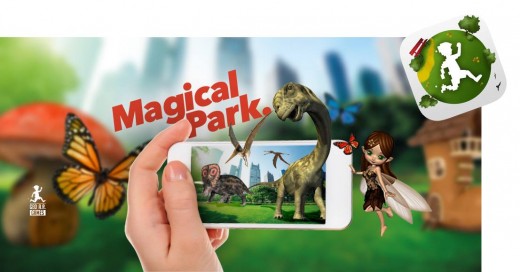 He said the trial had coincided with the rise of the global phenomenon of Pokemon Go, which showed that people were prepared to go out and engage in location based play.

Maplesden stated “augmented reality games have a great future, with a proven consumer appetite. Steering users away from urban structures and fast food outlet sponsorships and into parks will undoubtedly contribute to helping Aucklanders to be more active more often.”

Professor Neil Dodgson, who heads the computer graphics programme at Victoria University in Wellington, said the potential for success was there, particularly if more councils become involved.

Professor Dodgson commented “kids love collecting things. If every council and every park gets involved, and the game means you have to explore beyond your immediate surroundings, that’s when it can become really popular.”

Enthusiatic about the potential of Magical Park, NZRA Chief Executive Andrew Leslie “technology has a big impact on recreation and this is an example of how it can encourage people to be more active.

“It’s particularly valuable for those children and families who love their screens and who might not leave the house to visit parks if it weren’t for innovations like this one.”

The NZRA, along with Parks and Leisure Australia in Australia, are currently looking to partner with more councils to expand Magical Park.

Promotion of Magical Park will also continue through the upcoming 2017 Parks Week program.