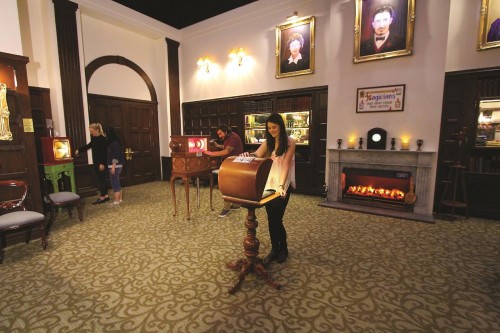 The addition of a new mystery attraction for the 2016/17 holiday season has helped contribute to Phillip Island attraction A Maze’N Things winning the Tourist Attractions gold medal at the 2017 RACV Victorian Tourism Awards.

Known for optical illusions, puzzling rooms and an intricate ropes course, A Maze’N Things added Magic Manor in time for the Victorian school holidays in September 2016.

The attraction invites guests to explore the themed secret quarters of a magician and enter a world of wonderment set in the golden era of magic in the early 1900s.

Following the fable of a remarkable discovery while excavating at A Maze’N Things, visitors embark on a journey that navigates from the existing building through an abandoned digging site to uncover a magical waterfall, a grumpy genie in a bottle and a host of cheeky creatures who move in the shadows.

With frightening, rattling furniture and dancing brooms, ‘adventurers’ are mystified with discoveries around every corner as they manoeuvre the fascinating magician’s workshop and house, featuring a grand manor filled with interactive magic tricks, displays and illusions. Children can get up close and personal with the ultimate magicians companion, white rabbits, which roam within their own personalised quarters before exploring a hidden alleyway filled with enchanted barbers and shops. 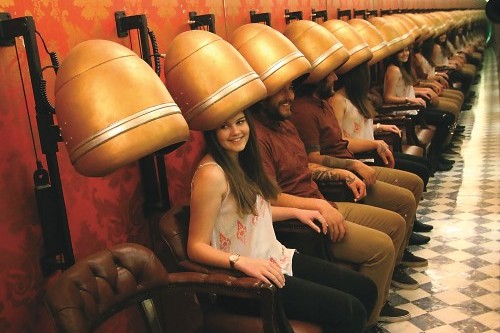 The attraction also offers a period ‘The Conjurer’s Express’ a carousel style ride.

Commenting on receiving the RACV Victorian Tourism Awards, A Maze'N Things owner and Managing Director Geoff Moed told Australasian Leisure Management “it was fantastic to see official recognition of the results of years of planning, lots of effort, and a lot of money.

“As a prominent journalist recently said, 'Disney would have been proud of that!' and we agree with him."

For more information go to www.amazenthings.com.au

Images of Magic Manor courtesy of A Maze'N Things.