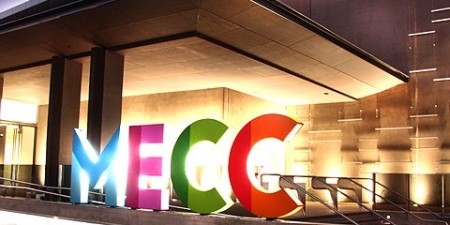 The Mackay Entertainment & Convention Centre is set to open tomorrow with Jimmy Barnes joining Queensland Premier Anna Bligh and an expected crowd of more than 10,000 people.

The first event at the $29 million Mackay Entertainment & Convention Centre (MECC) will also serve as the official opening of the 2009 Mackay Festival of Arts, the regionâs signature arts festival including dance, music, arts and an opulent theatrical burlesque event.

MECC is funded by a $28 million Queensland State Government grant and designed by award-winning Brisbane architects Cox Rayner (known for the Brisbane Convention and Exhibition Centre),

Situated midway between Cairns and Brisbane along the Queensland coast, Mackay offers a tropical option for conferencing and events.

MECC will, according to Civic Precinct and Events Manager Mark Fawcett, offer an exciting calendar of events from July 2009 onward, "with a combination of high-profile government and corporate conventions, coupled with trade and lifestyle shows, sporting events, and an exciting performing arts program."

About 300 delegates are expected to attend the first convention at MECC, the Botanic Gardens Australia & New Zealand Congress, from 8th to 11th October.