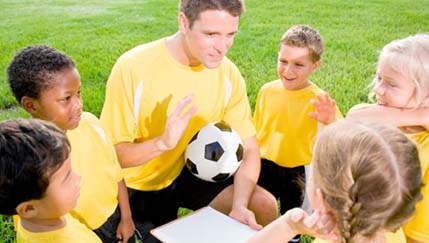 Paralympians, athletes from the sports of sailing, canoeing and rowing, and many women's sports are some of the key beneficiaries of the Australian Sports Commission (ASC)'s investments in national sporting organisations announced this week.

Senator Lundy explained "this is a big shake-up in how sports are funded with a focus on moving Australian sport from world class to world's best with an emphasis on accountability and transparency.

"The largest single increase is for our Paralympic athletes a $1.1 million funding boost from last year. Paralympic funding has now more than doubled over the past seven years.

"It's exciting to see funding boosts for sports like sailing, canoeing and rowing. All of these sports have demonstrated their long-term planning and potential to get athletes on the podium.

"While recognising the importance of our performance at international competition, the Government continues to be a strong supporter of community sport.

"Since 2007, (the Government) has almost tripled grass roots sports funding and this funding and support from the Australian Sports Commission has helped sports innovate to provide new programs like Netball's NetSetGo, Tennis Hot Shots and Surfing's SurfGroms."

Senator Lundy explained this year's funding allocations by the Australian Sports Commission have been made in line with the Australia's Winning Edge 2012-2022 strategy launched last year.

"We have asked that sports be more accountable to the Australian community by encouraging best practice governance and commercial performance to maximise outcomes from investment in high performance and participation initiatives.

"We are supporting sports that have provided evidence of their potential to be successful and meet the targets we have set.

"I'd like to thank the Chair of the Commission, John Wylie AM, his board and the management of the Australian Sports Commission and the Australian Institute of Sport for their astute decision making and leadership in Australian sport.

"I would also like to congratulate our national sporting organisations on the quality of their submissions to the ASC and I look forward to working with you as we continue to make Australian sport a valuable part of our communities."

This announcement comes off the back of a $3 million funding boost announced yesterday for Direct Athlete Support for Australia's top athletes, including potential medal winners at the next year's Commonwealth Games.

Basketball Australia Chief Executive (and former NSW Premier) Kristina Keneally welcomed the funding that basketball would receive statting "earlier this year, Basketball Australia put a strong case to the ASC to demonstrate the potential for podium success in 2014 and 2016 across all of our national programs.

"(This) announcement confirms that our national programs retain strong funding support from the ASC.

"(The) announcement also marks a major change in how high performance sports are funded in Australia. For many sports, this has resulted in a significant loss of funding.

"However, the challenge ahead for Australian basketball is to deliver not only in areas where we have traditionally succeeded, but also demonstrate potential podium success in the men's program."

The investment provided to Basketball Australia recognises the ongoing success of the Australian Opals women's program at Olympic and world championship levels. As such:

• Funding levels for the Opals will remain as they are;

• Basketball will also benefit from part of a 14.1% increase in funding for Paralympic sports;

• There has been no change to participation funding; and

• The Australian Boomers program is unchanged for 2013/14, with future funding in 2014/15 and beyond dependent on the program's potential for international success.

Keneally concluded "the ASC have put in place new governance standards for the top seven sports, of which basketball is one.

"We are already working cooperatively with the ASC and I anticipate no issues in Basketball Australia demonstrating compliance within the 12 month deadline."

Information on the the investment allocations can be found at www.ausport.gov.au