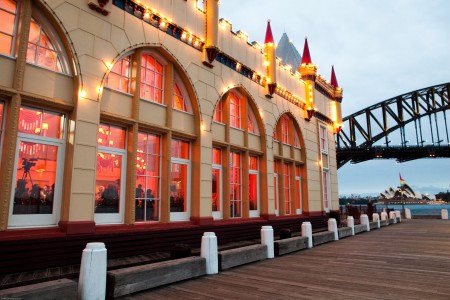 On the eve of the Asia-Pacific Incentives and Meetings Expo (AIME), Luna Park Venues (LPV) has forecast a healthy growth in international business in Sydney, with a muted dollar and positive forecast indicators as the city welcomes more facilities in 2016.

Following a second consecutive record year for the Luna Park Venues business, General Manager James Granter said the future of international events in Sydney was brighter than ever.

Granter explains “the Sydney business events space is a really exciting industry at the moment. We’ve experienced record bookings over the past couple of years and there seems to be no downturn in demand for venues in the future with international bookings now out to 2020.

“The opening of the International Convention Centre Sydney (ICC Sydney) at the end of the year will only spur on the number of international events wanting to host their business in our great city and we look forward to a mutually beneficial working relationship with the Centre.”

Granter believes that despite the China slow down, the country still represented one of the fastest growing economies in the world and was also aided by big opportunities in Sydney from other markets including India, the United State and Japan.

Luna Park Venues is showcasing their award-winning venue and catering offering at AIME in Melbourne next week, while also celebrating their longstanding partnership with the event. Other industry exhibitions such as PCO Conference, AuSAE and The Travel Industry Expo showcase our venues and their numerous capabilities to international and domestic markets within different industry groups.

Luna Park Sydney is a proud Strategic Partner of Business Events Sydney (BESydney) and has been involved in the partnership program since 2012. 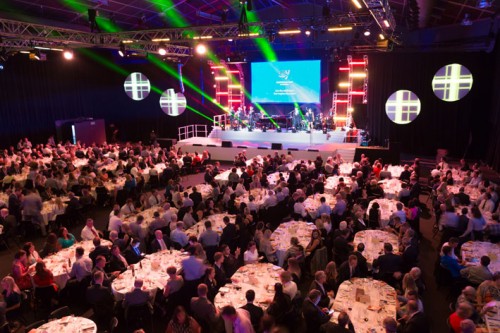 “Already in 2016 we have secured events that will deliver over $62 million in direct expenditure to New South Wales. It’s our city’s and our people’s ability to collaborate that contributes to this success.

“Across business, academia and government, we have amazing talent achieving amazing things. It’s these stories that we’re taking to the world.

“We also have a raft of infrastructure projects, including the development of ICC Sydney, taking place at the moment, evolving the urban fabric of our city. Sydney today is invigorated, interconnected and inspiring,” she added.

Luna Park Venues experienced a milestone year in 2015, marking its 80th anniversary, as well as celebrating a record year of bookings and award wins. The historic venue space hosted a range of high-profile events, including the annual Australia Day Lunch hosted by the NSW Premier, HMAS Sydney Decommissioning Ball and The Happiness Conference with its high profile guest of honour, His Holiness the Dalai Lama and, while also taking out ‘Best Function Caterer’ at the prestigious Restaurant and Catering Awards and ‘Best Achievement in Venue Management’ at the Australian Event Awards.

The venue space has recently invested in state-of-the-art technology, upgrading five of its venues to ensure international and domestic audiences experience seamless and ultramodern technology capabilities.

The Asia Pacific Incentives & Meetings Expo is being held at the Melbourne Convention and Exhibition Centre on 23rd  and 24th February.