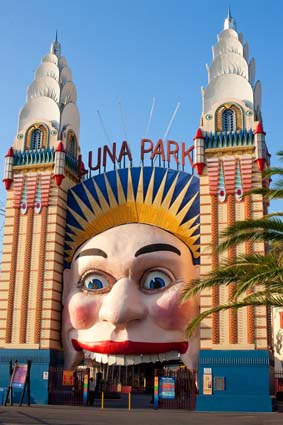 Sydney's Luna Park, a multiple winner in past Brass Ring Awards presented by the International Association of Amusement Parks and Attractions (IAAPA), has again received international recognition for its achievements by the global association for the attractions industry.

The Sydney harbourside heritage amusement park was recognised in:

In 2013, Luna Park Sydney has was presented with a Brass Ring Award for Retail Excellence for Soft Goods in the category for amusement parks with less than one million annual visitors.

This prestigious awards program recognises attractions from around the world for their achievements in marketing, live entertainment, food and beverage, human resources, retail and family entertainment centre operation.