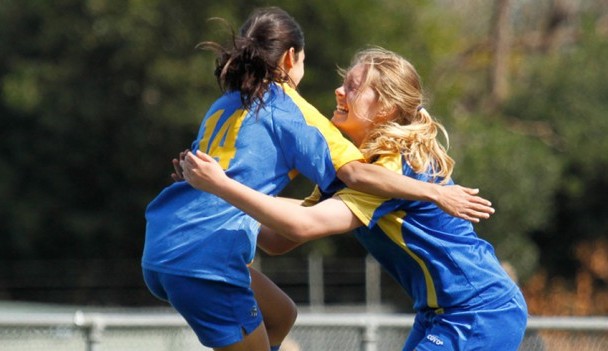 Children in Melbourne’s fast expanding outer suburbs are not playing sport at the same rates as those in the rest of Victoria, a new Victoria University study finds.

An examination of 2015 registration data in Victoria’s most popular organised sports found fewer than 12% of people in places like Wyndham, Melton, Whittlesea and Casey joined club sports.

The rate compares to more than 45% in sport-mad rural and regional areas, where residents have far fewer choices of weekend and after-school activities.

Explaining that poor community planning and a lack of facilities in urban growth areas could be contributing factors, Associate Professor Rochelle Eime stated "it’s important that planners consider sport and recreation needs of these growth areas before developers start dividing up house and land packages."

Suburbs with disadvantage such as Brimbank and Maribyrnong also showed relatively low participation rates, with Greater Dandenong ranked bottom of all local government areas. Only 7.1% of its residents played organised sport compared with the state leaders:  Shires of Buloke (45.3%); Southern Grampians (39.3%); Hindmarsh (36.3%), and Swan Hill (35.6%).

The research, conducted in collaboration with VicHealth, Sport and Recreation Victoria, and Federation University, also found that Victorian males participated in club sport at twice the rate of females. 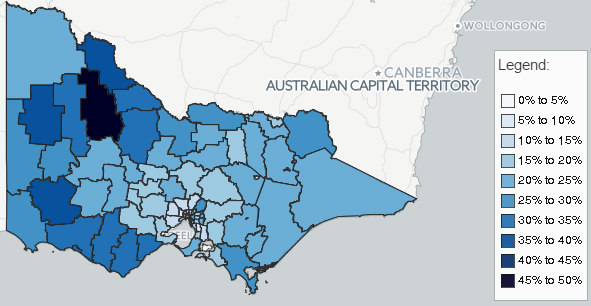 The map below combines 2015 player data from 11 major sports in Victoria to display participation rates for the population of each LGA.

It showed just over 20% of the total men and boys in the state were involved in organised sport, compared with only 10.5% of women and girls.

That gap blew out for children aged five to 14, where 80% of boys state-wide were involved in sport, compared with only 50% of girls.

The study also showed participation rates across all 11 sports dropped significantly with age.

By age 30, participation rates for Victorians fell below 8%.