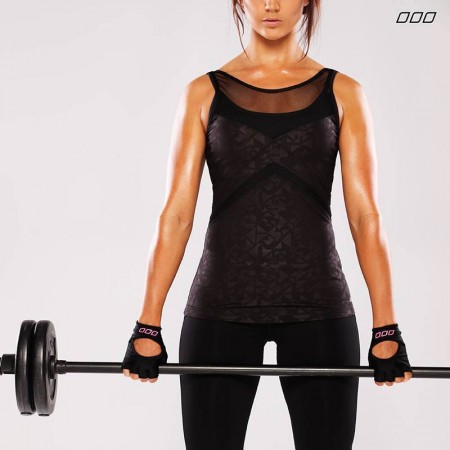 Leading activewear company, Lorna Jane, is urging women to take care after discovering a man, falsely claiming to work with the company, is requesting images of young women wearing Lorna Jane activewear and deceiving them into believing they will be used in the brand’s catalogue.

The man, who calls himself  ‘Victor’, has been approaching young women across Australia via telephone and asking them to email him photos of themselves wearing Lorna Jane clothing, specifically sports bras and shorts, for a chance to appear as a model in a their Jane catalogue.

The discovery came to light after a Gold Coast woman expressed disappointment on her social media that a company representative informed her to lose weight, undergo a cosmetic procedure and hide evidence of a disability if she were to be a model for the brand.

Lorna Jane Public Relations Manager, Belinda Zordan, said the company started investigating the claims as soon as they were made aware of them and were shocked to discover a man has been pretending to be a Lorna Jane representative to trick women into sending him photos and had approached other women under false pretences.  Police were notified immediately by Lorna Jane and are currently investigating.

Zordan stated “unfortunately this person has preyed upon young women, knowing how much they trust the Lorna Jane brand, and taken advantage of them for the purpose of gathering photos for his own personal use.

“He has approached girls via a blocked telephone number, never met them in person and emailed them via a gmail email account claiming that he works for the company.

"It's extremely disappointing certain media were so quick to publish a story that was obviously a grossly incorrect version of the truth, blaming a Lorna Jane representative for this situation.  Unfortunately this is the latest in a series of completely untrue stories about the brand and we hope media are now more focussed on reporting the truth.”

The Gold Coast woman said the man came across as very professional and telrphoned her after seeing her photos and contact details on her blog.

She explained “he told me he thought I’d be great for a campaign shoot for Lorna Jane and to get some images through.  I was so excited about the possibility of being in a Lorna Jane catalogue as I adore the brand and what it stands for so sent the photos through.

“I thought it seemed odd when he told me I needed to lose weight, get some botox and hide my disability as I didn’t think this is something that a brand like Lorna Jane would ever do as they try to empower women.

“I’m so embarrassed now as I know it was a scam and feel sorry for Lorna Jane that media reported someone from their company would really say such awful things but at least it has caught this man out and hopefully stopped other women from being tricked,” she said.

Lorna Jane is taking this situation extremely seriously and urges anyone that experiences a similar situation to contact the  police or the company immediately.

Zordan added “to feature in a Lorna Jane catalogue is highly desirable for many young women, but our customer safety is paramount.

“Lorna Jane prides itself on empowering women and positivity and will continue to stay true to these values despite the media choosing to report otherwise.”