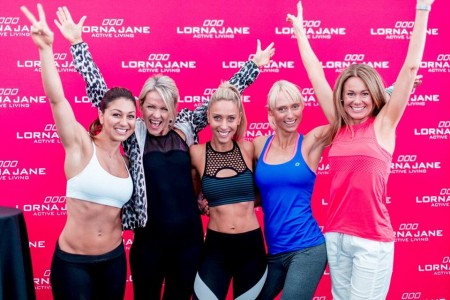 Communities across the world joined forces on Sunday 27th September in an effort to break the cycle of obesity and move their bodies towards a healthier future as part of Active Nation Day.

Launched in 2012 by leading active wear brand, Lorna Jane, Active Nation Day is a highly anticipated annual event that encourages women and their families to commit to being healthy and involves free group fitness classes and community events across Australia and internationally.

Event attendees and women all over the world were encouraged to check in at their workout using the Lorna Jane App (available via the Apple Store) and show their support by tracking their movement on the day.

This year’s event resulted in Australians moving more than 10,000 kilometres, the equivalent of running between Sydney and Brisbane 11 times. Event attendees also burned a total of 660,000 calories, the same as 753 packets of Tim Tams or 1,500 doughnuts.

Founder of Lorna Jane and Active Living Advocate, Lorna Jane Clarkson, said this year’s event was by far the most successful and reinforced the desire for Australians to reclaim the title of ‘the fit nation.’

Clarkson stated “sadly almost one in three Australian adults and one in four Australian children are overweight or obese and less than 50% of our population do any formal exercise.

“We need to do something to change where our country is heading - before it becomes a national crisis.

“My team at Lorna Jane and I are putting our hands up to lead the change and do everything we can to transform Australia back into the fit and healthy nation it once was and we’re absolutely thrilled so many people chose to join us this year.” 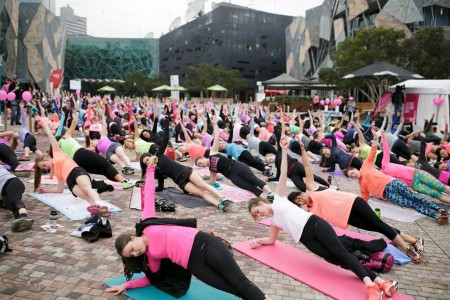 This year, Active Nation Day events were held in more than 40 locations around Australia as well as Los Angeles, New York, London, Paris, Dubai and Singapore.

In addition to Active Nation Day events, Lorna Jane has launched a Federal Government petition, seeking its support to empower people to take control of their health by putting ‘Active Nation Day’ on Australia’s official calendar with the view to encourage people to exercise on a more regular basis.

Clarkson added “to date more than 40,000 people have signed this petition which goes to show that we do want to be healthier, but feel that we need support and encouragement to make it happen.”

The Lorna Jane petition is available to sign in all Lorna Jane stores nationally or online at www.activenationday.com

Images: Active Nation Day in Sydney (top) and Melbourne (below).