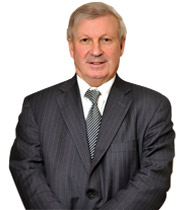 The morning event will showcase the opinions of an array of football industry personalities under the topic of 'The World Game - Business & Football: A Positive Community Partnership during Turbulent Economic Times'.

The event is being held at the RACV Club on Melbourne's Bourke Street from 7am to 9am on Wednesday 29th July.

Youth welfare organisation Whitelion has been announced as the Charity Partner for the event with all proceeds from the event to be donated to support Whitelionâs work with youth at risk.

For more information or to book contact Whitelion on 03 9389 4420 or via the electronic contacts below.

He is the founder and Chief Executive of the Belgravia Group and is a passionate supporter of business and community partnerships.

Lord was a Director of the Hawthorn Football Club for 10 years and Chairman for three and is now a life member of the Club. He is also Chairman of Hawthorn's Advisory Board.

During Lord's time as an official at Hawthorn they won five Premierships and were runners up three times over nine successive years.